Dialogue on Engaging Men against Violence 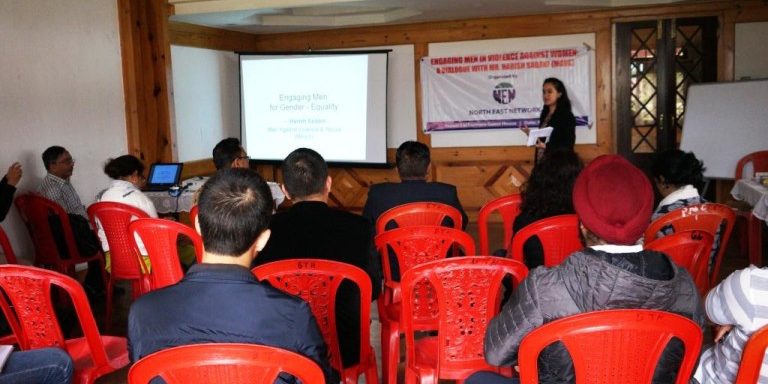 A dialogue was conducted by NEN Meghalaya with Mr. Harish Sadani from Men against Violence & Abuse (MAVA). Mr. Sadani has been working with men and boys from various parts of India towards gender transformative societies. He shares the view that men are often best placed to challenge male peers who may condone violence against women and to challenge the persistent culture of victim blaming, particularly in relation to domestic abuse, child sexual exploitation, rape and sexual assault. He also stressed on the need to work with boys in educational institutions to help battle VAW. He shared about strategies such as mentorship programme in colleges that have worked successfully while working with boys. The participants in the event included lawyers, journalists, police personnel, professors, counsellors and social activists etc. They intended to work along with NEN to take the dialogue further towards a positive impact.