Celebrating a journey of 25 Years and more…

North East Network (NEN) is one of the earliest feminist voices to emerge out of Northeast India. In the early 1990s, two young women, Dr. Monisha Behal and Dr. Roshmi Goswami, marched up and down across several districts in different states of Northeast India talking to women in both rural and urban areas. On taking note of the women’s strengths and concerns, they realised that the emerging concerns of Northeastern women were compounded by their socio-political and cultural contexts. Dr. Monisha Behal and Dr. Roshmi Goswami decided to take the lead in representing the voices of these women in various forums.

NEN began in 1995 with a vision that women must be at the centre of all decision making processes, both in private and public spheres. Soon several women from the grassroots, activists, academicians, women’s organisations and others were mobilised to participate in the 4th World Conference on Women, which was held in Beijing in 1995. NEN was officially established on the 22nd March 1995 and was the first to publish detailed documentation on women in conflict situations in Northeast India, in the late 1990s from a women’s human rights perspective. NEN also made critical inputs to India’s Five Year plans. 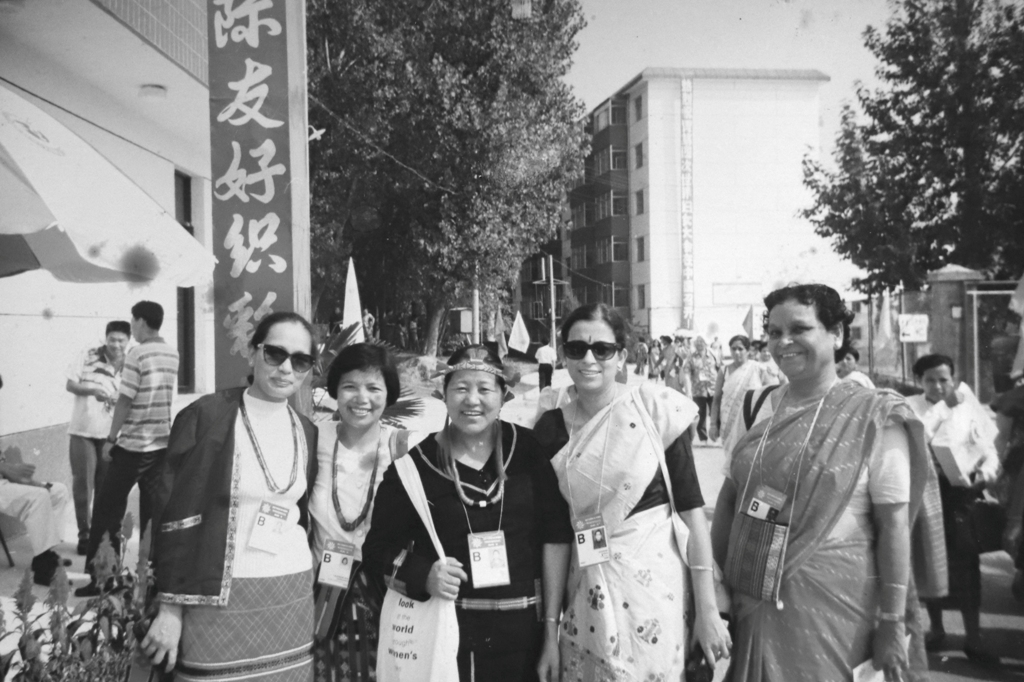 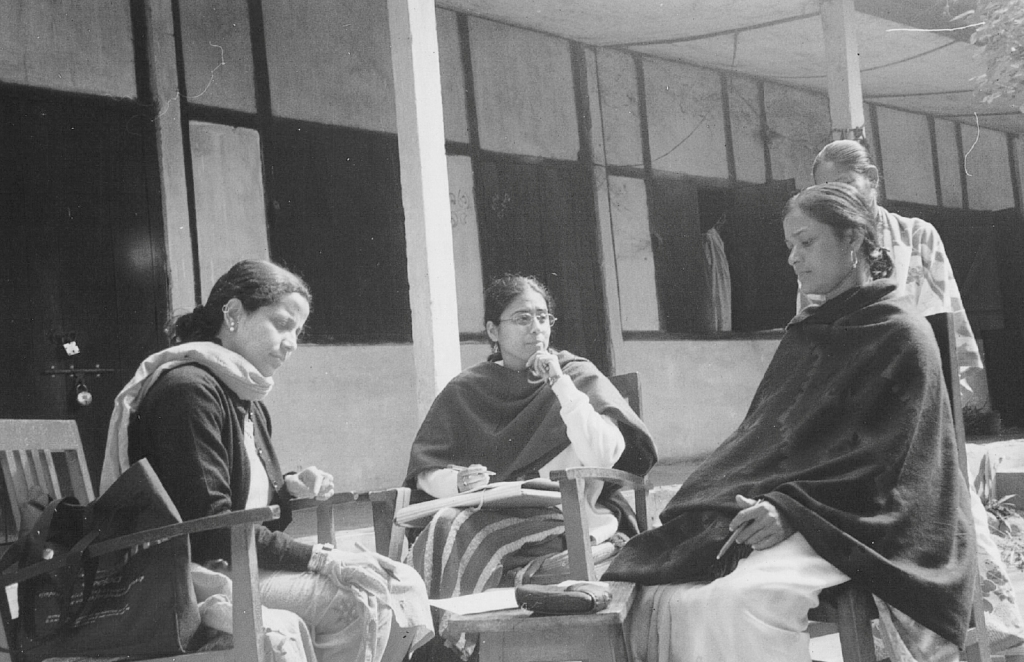 NEN’s two visionaries ensured that local activism was linked to various global forums and further reinforced NEN’s professional footing by building a strong team across 3 states in Northeast India. In its 27th year of commitment to women, NEN has emerged as one of the most credible and trusted feminist voices of Northeast India across national and international forums. NEN is now a resource think tank to national core committees and state agencies on women’s issues. 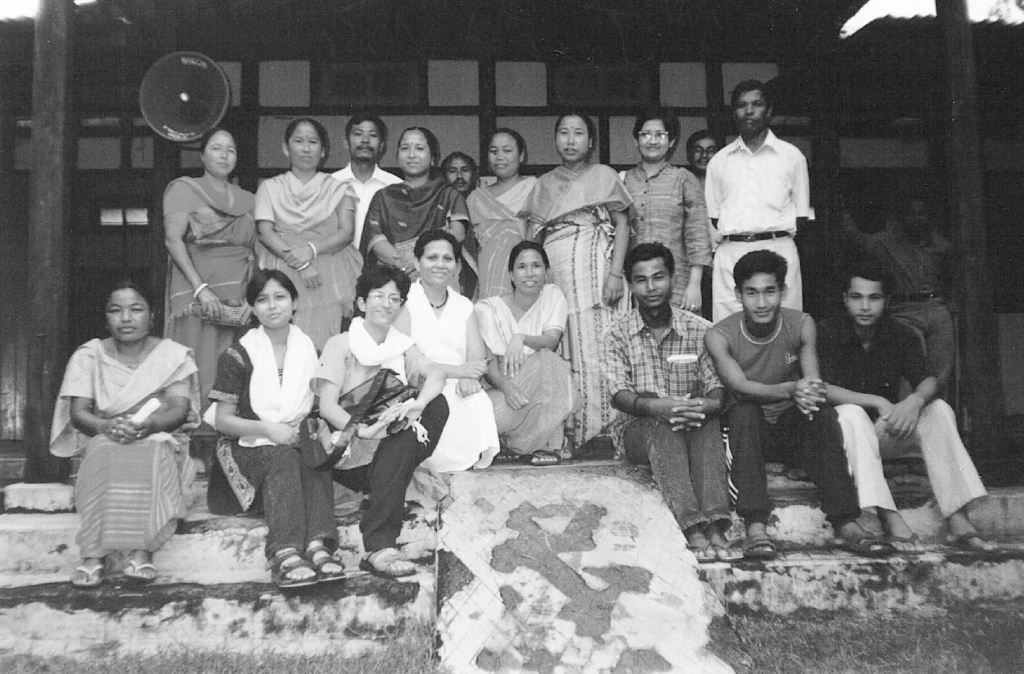 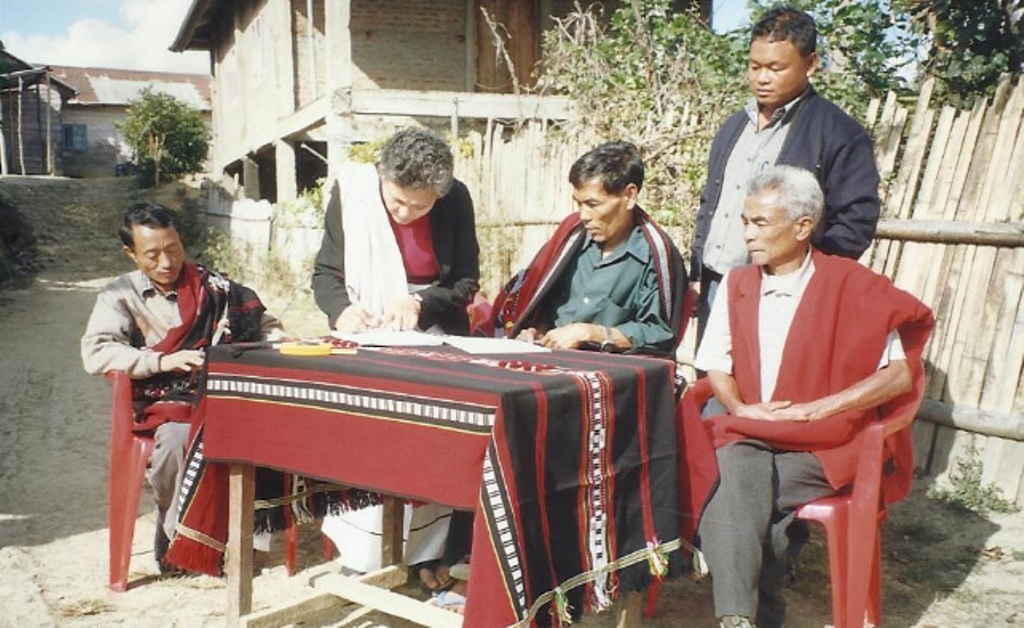 The early years of NEN Assam hosted some of the earliest feminist trainings on women’s human rights, UN mechanisms and treaties, critical issues around women, peace and conflict, sexuality and gender equality. A print library was established in 1998 to serve as a public resource centre on women’s rights issues. Work on reproductive health and women’s economic empowerment was taken forward via traditional weaving initiatives.

In the 2000s, NEN started taking part in international meetings and training and used these platforms to link its micro-grassroots initiatives to global macro-forums, such as the UN CEDAW and ISCESCR. NEN, along with local groups, was instrumental in pressuring the government to pass the Assam Witch Hunting Act, 2015 and a women’s helpline.

In Meghalaya, NEN’s journey started with an initial study on women’s reproductive health rights that highlighted incidences of domestic violence that confronted the notion of a matrilineal state being free of violence. Reproductive and general health became the principal point for NEN’s trainings. We facilitated livelihood initiatives in several villages for women’s groups. The health department recognised VAW, particularly Domestic Violence as a public health issue and institutionalised Iohlynti (Support Centre for women) in Ganesh Das Hospital in 2011, which was adopted as the One Stop Centre. We began work with women farmers which resulted in the formation of the State MAKAAM chapter that revived our work on NRM. NEN’s journey in Nagaland started with addressing women’s reproductive health rights issues through the Chizami Women Health Centre, which was co-created with the local community institutions in Chizami village. From there, we delved into issues of food and nutrition, mental health and well-being, employment and income, etc. which are some of the social determinants of health. Through community mobilization and participation, the NEN Resource Centre at Chizami evolved into a creative and positive thinking hub for the local community.

Under the able mentorship of Dr. Monisha Behal, NEN has built a second rung of leadership in Assam, Meghalaya and Nagaland,  also committed to carrying forward its mission for several generations to come.  This new cadre of leaders are the faces of NEN, both locally and globally.