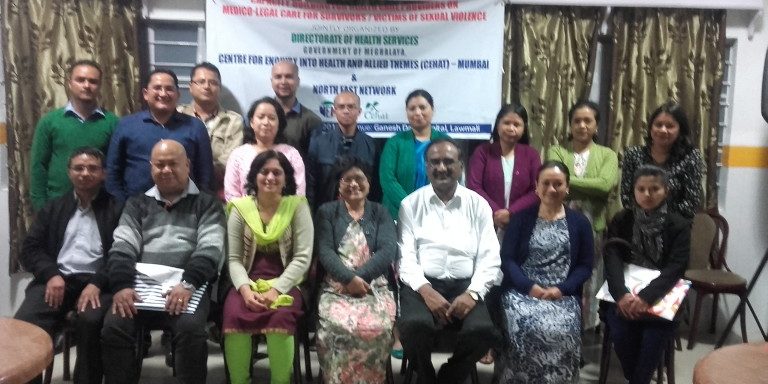 North East Network had organized a 3 days training of trainers from the 10th -12th November, 2016 for doctors on developing a health sectors perspective in dealing with violence against women cases, looking specifically in to sexual assaults and to know the procedure of treating such victims in Medical Health Centres. The Doctors from different districts ,medical officer from East Jaintia Hills, 4 from Ganesh Das Hospital with a total of 21 health professions attended the training.The objectives of the training is to build capacities of health professionals on the issue of sexual violence, its health implications and, the legal and ethical role that the Medical Officers must legally play in responding to the same, To build a potential cadre of trainers from amongst the medical officers of the State on this subject so that they can train their colleagues in their own settings; and to develop necessary orientation, awareness, and abilities to perform a catalytic role as facilitators of change.

Submission of Memorandum on killing of minor girl in Assam
May 13, 2021
Go to Top