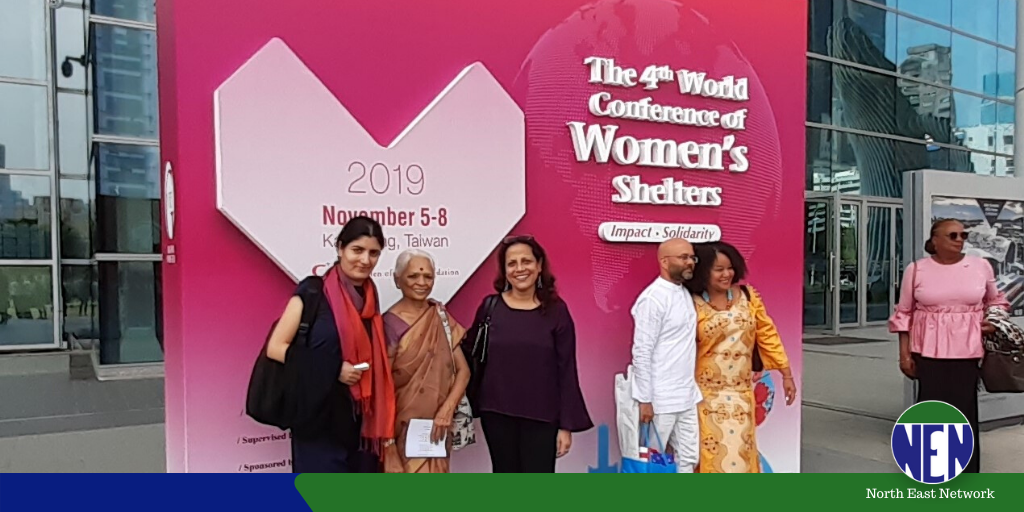 The 4th World Conference on Women’s Shelter kicked off at Kaohsiung in southern Taiwan. The four-day event was attended by1400  delegates who included both government and NGO representations from 120 countries.

The theme of the Conference was‘ Impact and Solidarity’ and was meant for sharing of knowledge, exchange of ideas and mutual support to bring forth impactful change. We shared ideas on how to strengthen women’s shelters and pledged to end all forms of violence against women across time and space. The President of Taiwan TsaiIng-wen spoke at the opening ceremony and it was impressive to listen to her. She emphasized that as a responsible member of the international community, Taiwan has made great strides in gender equality. What impressed me was that the country has the highest number of women legislators in Asia and that it has passed the Gender Equity Education Act in 2004 to ensure gender equality in schools. It is also the first country in Asia to legalise same-sex marriage in 2019.

The global solidarity addressed emerging issues such as protection of women with disabilities,lgbtq+ community, migrant women, weaponisation of sexual violence, abortion rights, housing movements, role of men in ending violence, safe connections and technology for women, art and dialogue, shelters in emergencies and disasters,street children’s rights and so on .

There were opportunities to meet/listen to authors, parliamentarians and ministers, watch powerful testimonies by women who have faced violence; side events provided opportunities to network deeply, works of art, craft, and weaves created by shelter home residents added to the richness of this Conference. There were also rejuvenating workshops which could be attended by delegates such as those on anger management, how to handle men and violence, etc.

For me, it is an occasion to cherish forever as I was one of the speakers at this global conference. My co-speakers were Amrita Nandy and Bharti Sharma.

We shared about an all India study of which NEN was a part. Voices from India depicted journeys of women survivors of violence living in Indian shelter homes against the backdrop of multiple and intersecting forms of violence and the range of services that they are entitled to. The presentation was well appreciated by delegates from other countries and they showed keenness to network .learn about good practices and also the approach to our research in India. The synthesis report was distributed amongst the 80 delegates who attended our session.

The Conference allowed me to engage in exchanges regarding global experiences in providing women’s shelter services. Global shelter services require international cooperation as well as public-private partnership in order to improve the effectiveness and resources necessary for shelters

The conference was organized by the Garden of Hope Foundation and Global Network of Women’s Shelters.

My takeaways from the Conference are diverse.

Engaging men and boys as a part of the solution towards gender transformative approach and accountability to women’s movement. I had picked this up from a session conducted by Philippines. There were many issues raised but the one challenge faced by women’s organizations when opening doors to men especially from a feminist perspective is striking. Moreover, that male counsellors are scarce and urgently required is true of Assam. The session on principles of male counselling was useful. I may want to apply male counselling in the rural women’s centre in villages which I had set up for domestic violence survivors. Men have social power and are hence, potential to be positive influencers. However, this is a herculean challenging task.

Back home, I completed a survey on local helplines by including the numbers of NEN’s rural centres which provide psychosocial care to survivors of domestic violence in the Helplines Project of the Global Network of Women’s Shelters. I had left NEN’s contacts at their kiosk.

At a side event hosted by Women’s Shelters  Canada, I got a scope to contribute to India’s policies on violence against women and services in my region and NEN’s work on advocating for policy change and communications to educate the general public about VAW and available shelter. In particular,  I could cite NEN’s advocacy work on the witch-hunting Act of Assam, gender equality programmes for adolescents in schools, our trainings to the police, shelter home staff, rural awareness, etc.

The plight of female refugees in post-conflict situations in Africa presented by BINTI, Caritas and others was good learning as I could draw parallels with my own conflict areas and saw that shelters are emergencies which are required urgently for women when they are fleeing violence in conflict situations and others. This is policy advocacy that I would like to pursue in the future.

The research methodology adopted by a Taiwan based LGBTQI group was useful. The presentation demonstrated the kind of abuse, discrimination and violence which they face in schools, homes and streets. The methodology can be shared with a young upcoming LGBTQI group in Guwahati

A very interesting takeaway was Art therapy as a form of communication in order to express emotions and feeling, for residents in shelter homes which was demonstrated in a presentation by Sweden. Using art as a form of dialogue and to mainstream attitudes towards VAW is a powerful tool.

A presentation from Italy highlighted the gaps in feminist human rights approaches to women, disability and shelters.

Presentations on eco-friendly shelter structure in Equador, visit to Fule Senior Citizens centre were very thoughtfully planned for delegates. At the exhibition centre, it was first my first exposure to get insights into New York Citys first Initiative called PALS to shelter domestic violence survivors with their pets.

In the end,  I must say that sisterhood, networking and friendship were forged in full solidarity beyond boundaries at this conference so that lasting impacts could be built.

Anurita is the State Director of North East Network Assam. She has been working with NEN for over two decades now.