Building movements among children in Assam to end gender based violence. 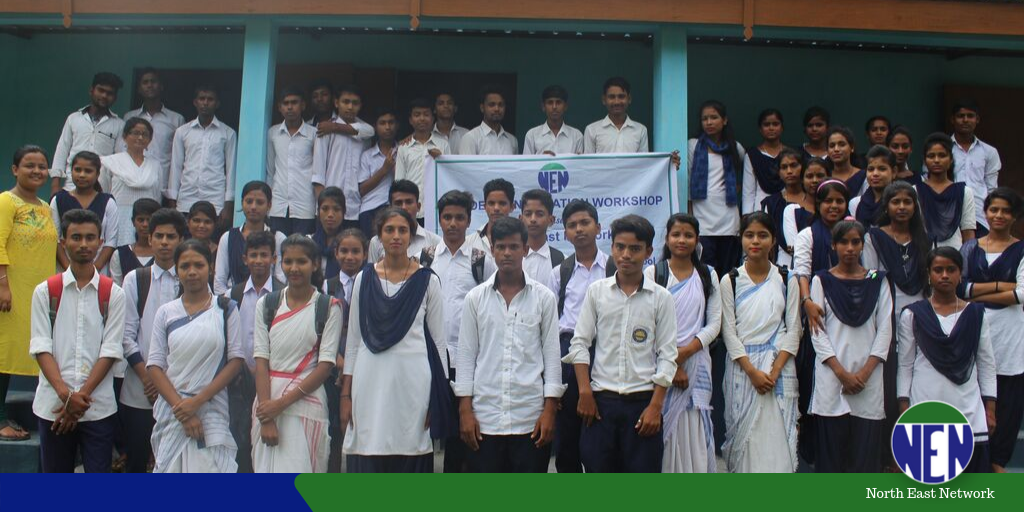 The Government of Assam in its Draft policy on State population and Women Empowerment policy of 2017 has targeted to introduce appropriate educational methods in all schools and colleges to ensure children have exposure to gender equality and sensitization by 2030. In this context, North East Network feels that school and colleges can play an important role to address gender norms and attitudes promote gender equality and prevent violence against women and girls.

As part of a series of gender sensitization programme in collaboration with Government Schools and Colleges for the students in Assam, three workshops were conducted in Darrang, Dhemaji and Kamrup districts for over 150 students of class IX, X and Higher Secondary. Through this NEN hopes to develop an understanding of the concepts of gender and gender relations. The motive of the training was to create awareness among the students about basic concepts of gender and sex, the social construction of gender, gender-based stereotypes at vocational orientation/education, and existing norms of masculinity and femininity and to understand how gender inequalities lead to violence against women and girls in private, public and work spaces. Through group activities and discussion, participants could understand how gender roles and division of work are socially constructed and how it impacts their daily lives in terms of mobility, access to resources, etc.

The training was conducted by our team in Assam comprising of Anurita Hazarika, Nilanju Dutta, Rashmirekha Bora, Sanjukta Bhuyan and Usha Lakra.