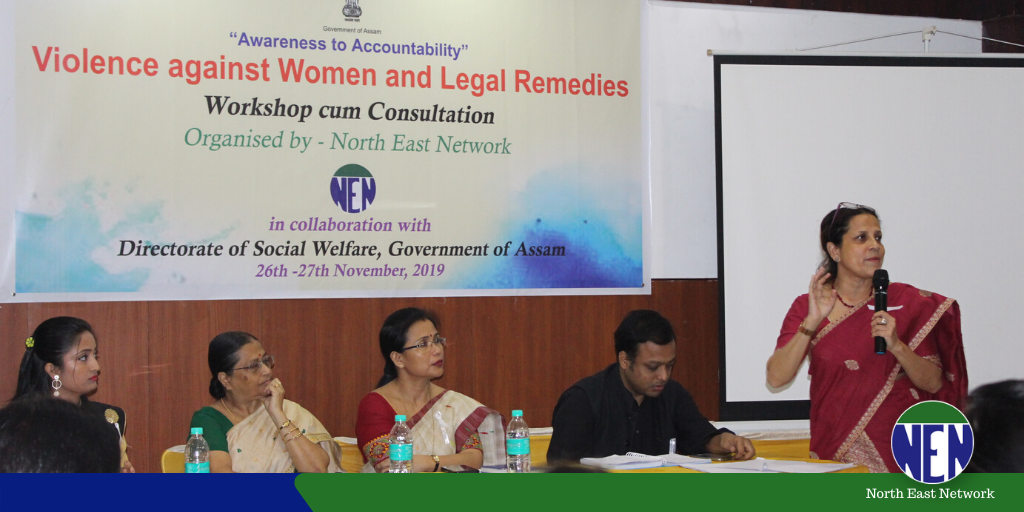 16 Days of Activism Against Gender-Based Violence

The Protection of Women from Domestic Violence (PWDV) Act 2005 was enacted by the Government of India to tackle the rising incidences of violence against women in the domestic spheres in India. The Act categorises domestic violence as physical abuse, sexual, verbal and emotional abuse and economic abuse. Nearly 15 years since its inception, the implementation of the Act is still a matter of concern and therefore engagement with government officials and functionaries has become an important part of our advocacy strategy. Under the PWDV Act, the law has made provisions to seek support from distinguishing stakeholders such as Police, Protection Officers, Lawyers, Service Providers, etc.

In a similar light, an Act on Sexual Harassment of Women at Workplace (Prevention, Prohibition and Redressal) Act was brought into force in April 2013 with the objective to ensure safe and dignified working space for women. Building an enabling environment for women will bring a sense of security, ensure their right to equality and opportunity and improve in women’s participation in work. The law has mandated to form Internal Committee (IC) and Local Committee (LC) for assisting aggrieved women employees. The effective implementation of the Act will result in gender equality in the workplace.

The two-day stakeholder engagement attempted to build an understanding of the issue of domestic violence from a feminist perspective, build clarity on the PWDV Act and SHWWP Act, 2016 for the service providers, and educate the participating organizations on new legal amendments. There was also an in-depth discussion with stakeholders on their role for proper implementation of the PWDV Act, 2005.

On the next day, the Consultation with the stakeholders’ highlighted accountability issues and roles and responsibilities of each in addressing and redressing domestic violence. Panellists comprised of representatives from the Assam State Commission for Women, District Social Welfare Office, Assam Police, Assam State Legal Services Authority, 181 Women’s Helpline, TISS Women’s Cell, Utsah, and HRLN. They spoke on the role of nodal agency and service providers, budgetary allocations and databases in the context of the Domestic Violence Act. The services of 181 and other allied helplines available in Assam to address domestic violence, child rights violations in the context of domestic violence were also discussed along with Police mechanism in response to domestic violence at the district level. Questions on gaps and challenges faced by Service Providers in tackling domestic violence cases were addressed by the stakeholders to strengthen the PWDV Act.

The two-day interactions brought forth the fact that many districts in Assam still do not have service providers as per provisions of the PWDV Act. Given NEN’s experience for the past 20 years in Assam on issues of domestic violence, NEN is in the process of recommending to DSW to appoint service providers in Baksa, Dhemaji, Dima Hasao, Chirang, Karimganj, Kokrajhar and Lakhimpur.