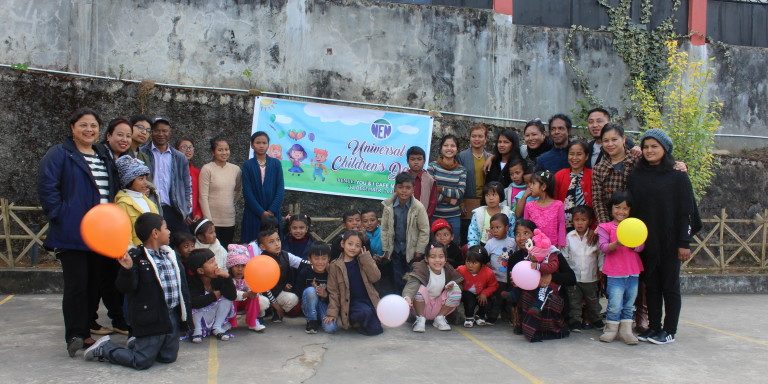 In the spirit of Universal Children’s Day a special event was organised by NEN on the 11th of December 2018 in Mawlai Mawroh, Shillong. NEN’s team in Meghalaya organised this programme for the children of NEN’s trained women leaders who have contributed and taken initiative in their own communities to address and redress gender-based discrimination. The objective of this year’s celebration was to provide very young children awareness about safe and unsafe touch, creating awareness among the older children about healthy/unhealthy relationships and also conduct age-appropriate but fun interactive activities. A puppet show was performed which was heartily enjoyed by everyone present. A small workshop for the adults was also held with the resource person, Mr Wanphai Nongrum on how to engage men in gender-awareness dialogues, along with an art therapy activity for older children and group games for the younger children.