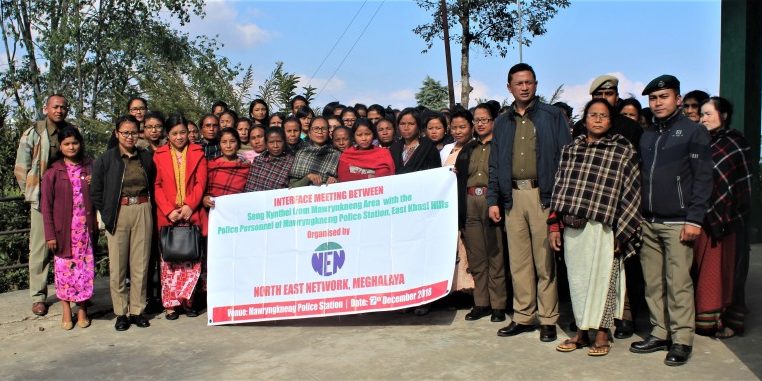 As many as 130 NEN trained women leaders of Lumdiengjri, Madarithing and Mawryngkneng areas of Meghalaya came together for capacity building and interface programmes on 15th November and 7th & 13 December 2018.

As part of capacity building and strengthening women’s groups in selected areas of East Khasi Hills district, North East Network, conducted 3 interface meetings between trained women from Cantonment Area, Women’s Group of Madanriting and Mawryngkneng area and their respective Police Stations. For Mawryngkneng’s Women’s Group we had also conducted similar meeting with their Block Development Office.  These meetings created network and linkages between them and their Police Stations and Block Development Office for easier access to public services.

Organized by North East Network the aim of the programmes was to reduce the gap, create linkages and build better relationship between the law enforcement and rural development agency, as well as to encourage women to report cases of violence against women and children. Staff of Police Stations and Block Development Officer also participated in the programmes.