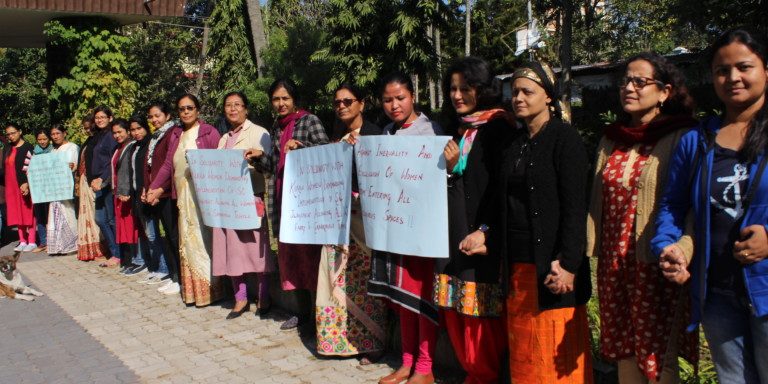 In solidarity with Women’s Wall in Kerala to uphold the right to equality of women, a Women’s Wall was formed in Guwahati on 1st January, 2019. The organisations which joined hands with North East Network were Axom Mahila Sangha, Pragatisheel Nari Sanstha, AIDWA Assam, Foundation for Social Transformation and Shishu Sarothi. On September 28, 2018, the Supreme Court had passed a verdict removing the ban on women from entering the Sabarimala Temple in Kerala. However many organisations and individuals has challenged and protested against the Supreme Court judgement, thereby reiterating the stereotypical notions of impurity and pollution associated with menstruation, violating the constitutional rights of women’s freedom of religion. We protest and express our solidarity to uphold women’s freedom and access to all religious spaces across the country.