Submission of Memorandum on killing of minor girl in Assam

In a horrific incident of gender based violence, a minor girl from Karbi Anglong was allegedly burnt alive by her employers on April 22, 2021. She was working as a domestic help in a household at Raha, Nagaon for the past four years.

North East Network, while demanding swift justice for the victim, submitted a Memorandum on 11th May 2021, to the One-man Enquiry Committee constituted by the Government of Assam to hold a public hearing on the death of Sumila Ronghangpi.

Assam made headlines last year for being the most unsafe place for women as per the National Crime Records Bureau (NCRB) data, as the state topped the list in the rate of crime against women. The crime rate stood at 166 (per lakh population) whereas the national average was 58.8 in 2018. Such a sorry state of affairs is only going to deepen the pre-existing gender imbalance ensuring that they are systemically left out. 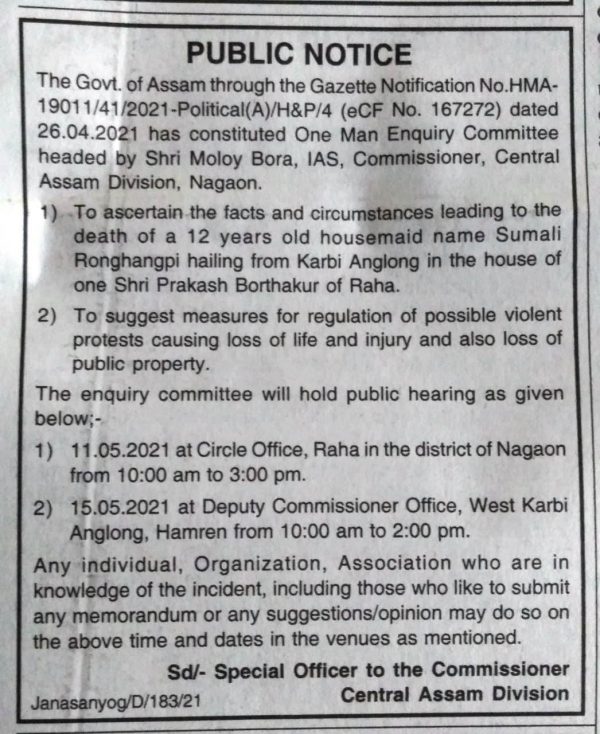 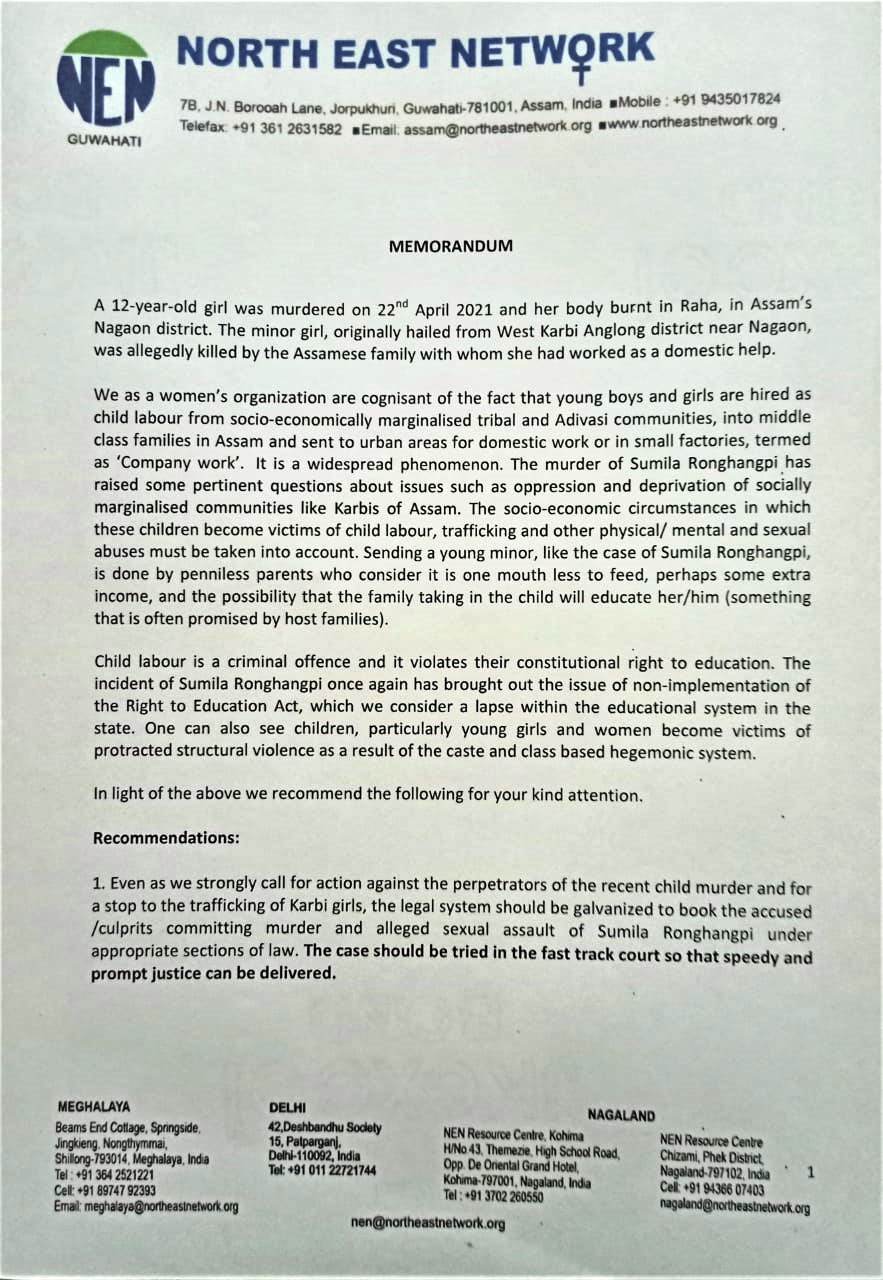 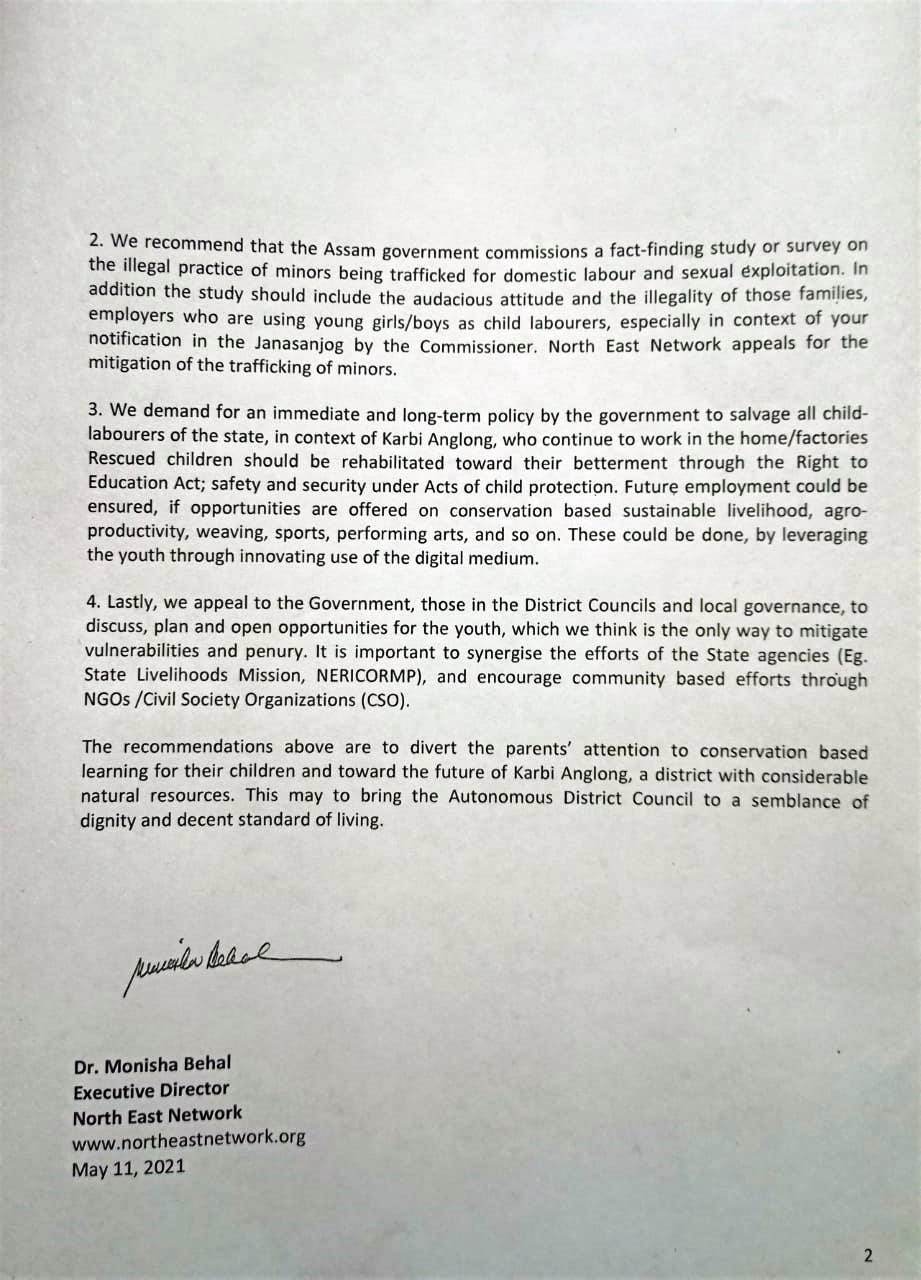