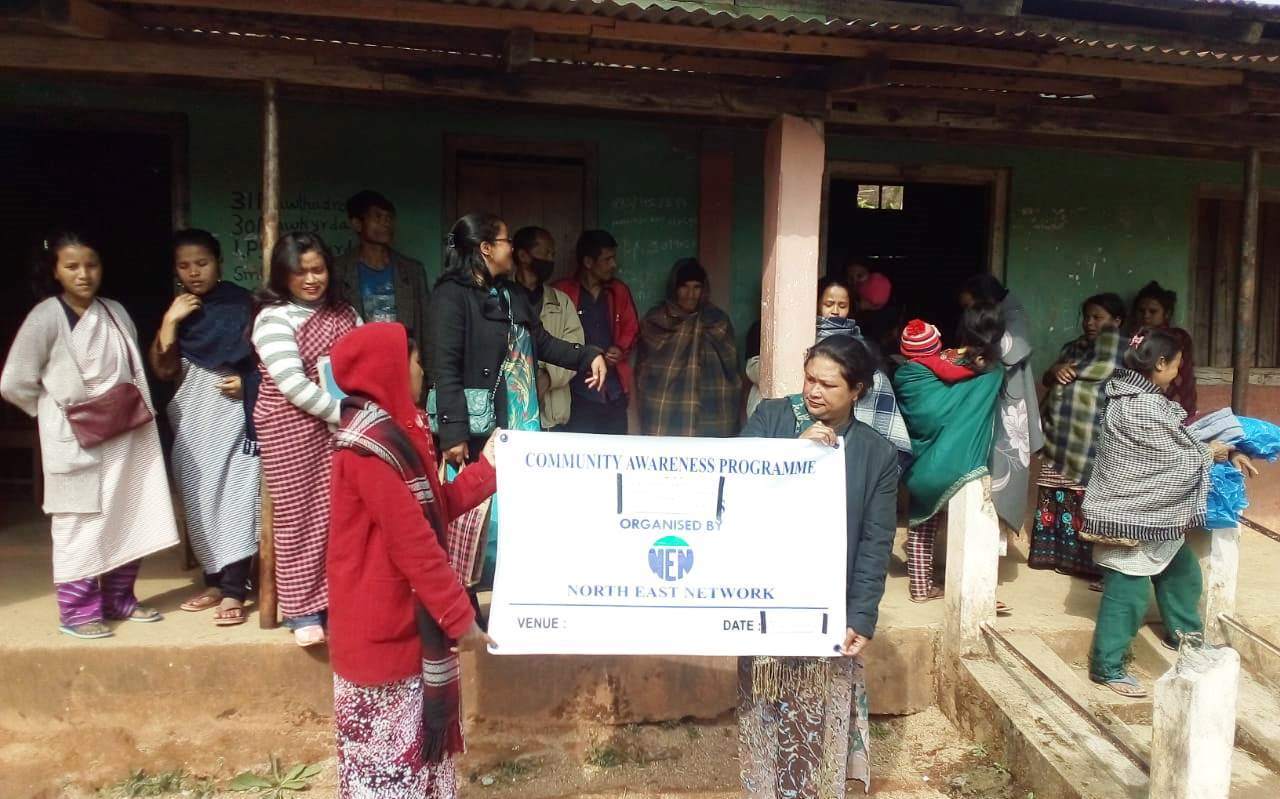 As part of building community response for strengthening women’s participation in advocating for their rights, North East Network has been conducting community meetings with local stakeholders and outreach programmes in the East, West and Eastern West Khasi Hills districts of Meghalaya. NEN’s Out Reach Workers (ORWs) recently travelled to Mawkyrdang village in the eastern part of West Khasi Hills District and interacted with the women of the village. As the first step towards building community response and strengthening women’s participation in the village, the ORWs started off with an Interface Meeting with the village Headman and Secretary of the Dorbar Shnong alongwith the women of the village on 21st January, 2022.

The meeting provided a space for the villagers to introspect on their role in working for the welfare of their village. Through the participatory discussions, the women participants realised that they have little knowledge about various social security schemes and government programmes for rural development and that they have no access or position to raise their concerns. The lack of a Women’s Group in the village prompted the ORWs to inform them of the need and importance of such a collective for the women as well as promoting welfare of the village as a whole. The ORWs also shared about NEN’s work and their own role in responding to cases of domestic violence.