Public Rally on awareness against VAW in Meghalaya

On the night of 4th January 2022, a terrible incident of VAW took place in Umsaw village, West Khasi Hills area. An intruder broke into the residence of a woman at midnight. The woman who is a widow and suffers from disability, lives alone with her 11 year old daughter. The attacker, who was from the same village, broke into her house, tied down her 11 year old daughter, hit the woman with an iron object on her head and looted her home. On hearing about the incident NEN Outreach Worker Batskhem Lyngkhoi, rushed in to help and gathered the village to hunt down the culprit. Kong Batskhem also took the woman to the nearest hospital for immediate medical treatment.

The next day, the same attacker broke into another woman’s residence in Phudumbah Village. He looted the house, even stealing her traditional attire and jewellery.

The Village Dorbar and the youth group started a search mission for the accused and finally caught him in Nongstoin Town and handed him over to the police.

These shocking incidents have again highlighted the high rate of crimes against women that occur in Meghalaya, especially in these villages around West Khasi Hills. On 13th January, NEN Outreach Workers organised a Rally to mobilise and raise awareness on the rising cases of crimes against women. The Rally was organised with the intent to bring all stakeholders involved in crime prevention and protection under one platform. With permission from the District Commissioner and by following all Covid SOPs the rally was carried out at Umsaw village in the presence of the Protection officer DSWO Ms. War, One stop Centre officer Ms. Nongsiang, DSP Nongstoin Ms. Kharjana, members of the Khasi Students Union Hynniewtrep Youth Council  and also members of the Synjuk ki Seng Kynthei along with the Dorbar Shnong.

Local women leaders came forward to share their opinions on the issue. Men from local groups and the village council also supported the event by being actively involved which was one of the biggest achievements of the rally.

All the villagers present decided to work together against VAW and agreed that any atrocities against women and children should not be tolerated. 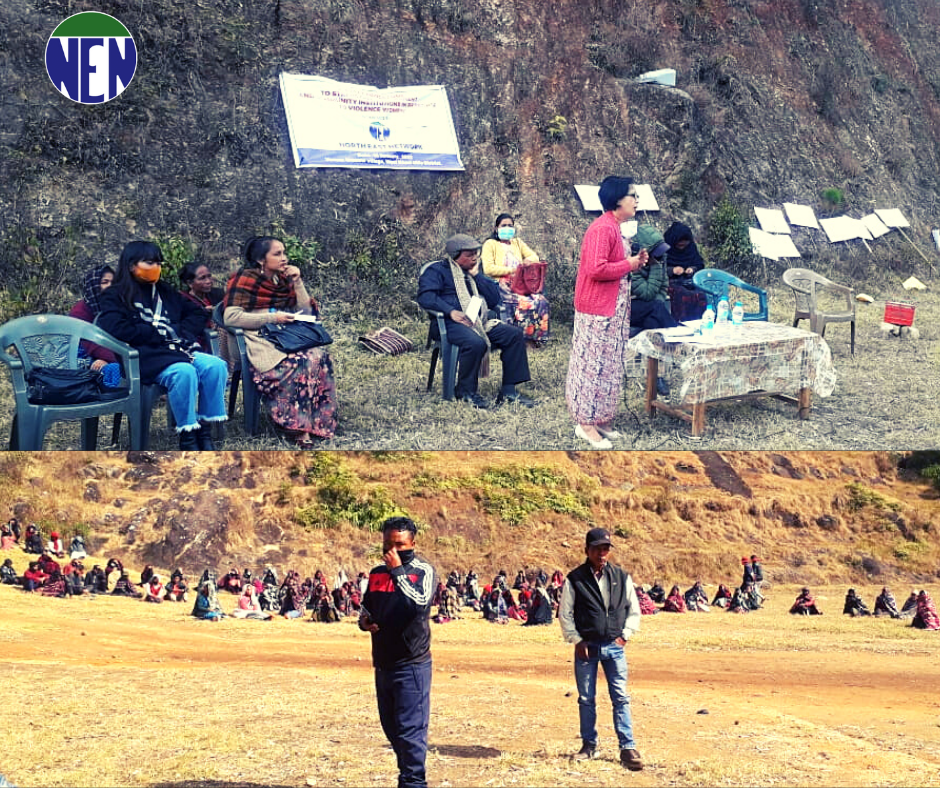