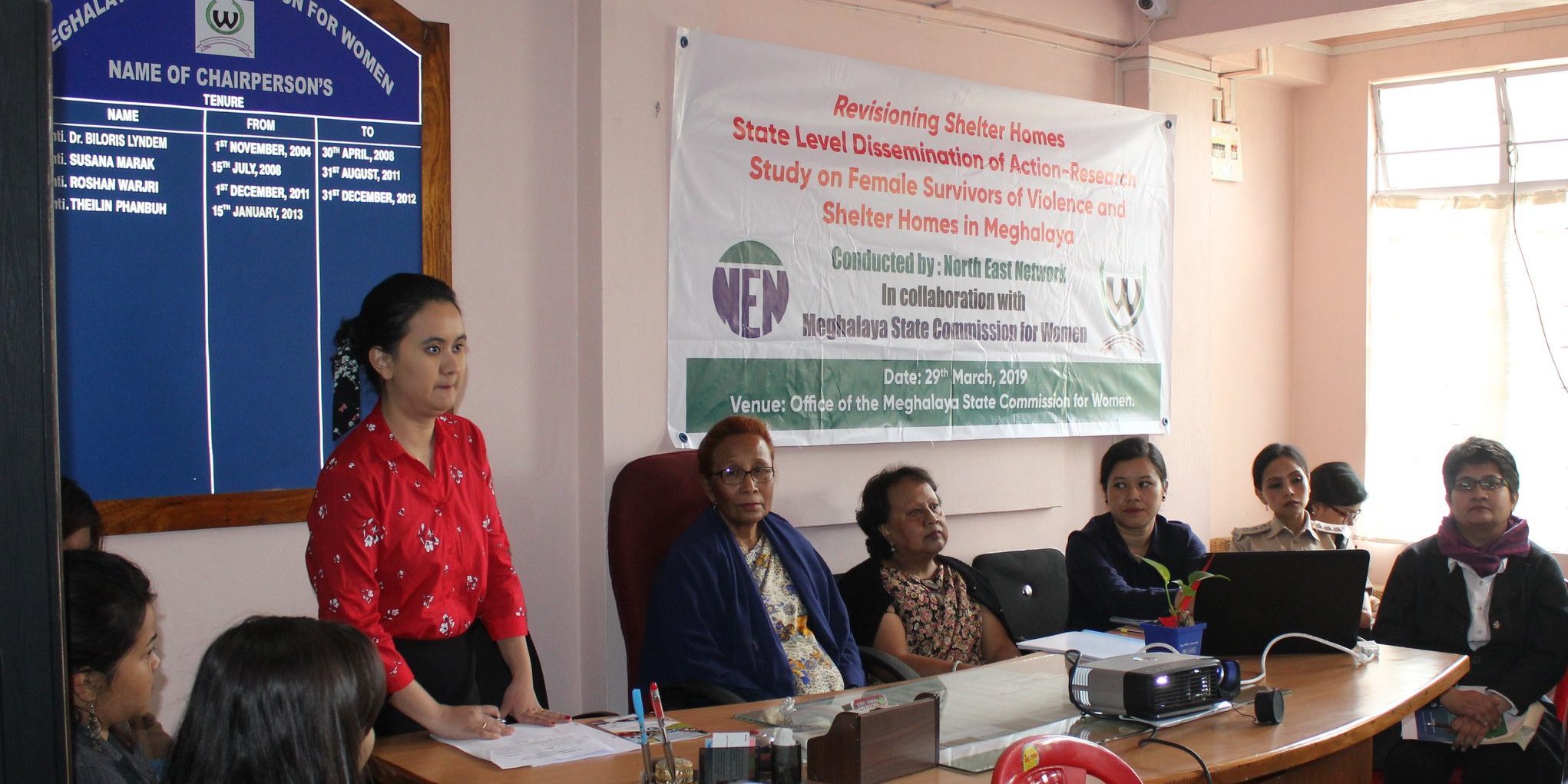 According to the National Crime Records Bureau, there has been an 83% increase in crimes against women between 2007 and 2016. The state of Meghalaya is no exception to this. Violence against women here come in forms of Domestic Violence, Sexual harassment, Trafficking, Desertion and many more, and those without a home are most vulnerable
In light of this, North East Network, Meghalaya with the support of the Meghalaya State Commission for Women (MSCW) released the findings of a study on what shelter homes have come to mean for victims of Gender-Based Violence in the State, on Friday,29th March 2019. NEN’s efforts culminated to a Report titled, ‘Re-Visioning Shelter Homes in Meghalaya’ that traces the history of Shelter homes in the region and their dynamics with vulnerable women in the presence of various state and non-state actors.
The purpose of this meeting was to reveal the findings of the report and to invite a round of suggestions to be incorporated into the recommendations prior to its publication. Representatives from the Social Welfare Department, Meghalaya Police Department, Educational Institutions, the Meghalaya State Commission for Women, representatives from Religious Organizations, NGOs running Shelter Homes and the Media attended the programme.
The Report was part of a State Dissemination of Action Research Study on Female Survivors of Violence and Shelter Homes carried out in Meghalaya, Assam and Nagaland by NEN.