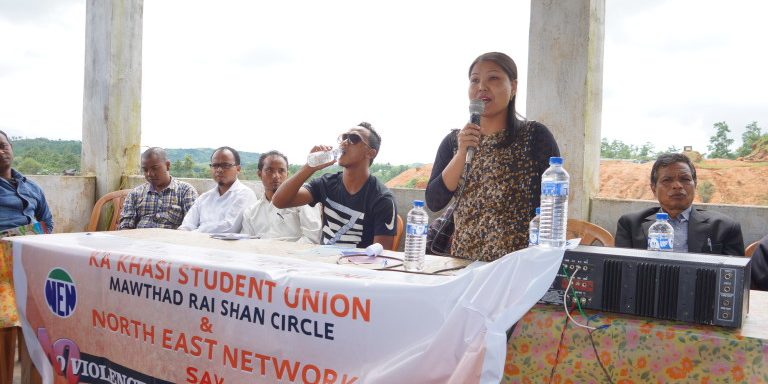 A rally demanding for justice and an effective criminal justice system was organized by the Synjuk ki Seng Longkmie, Mawlangsu, North East Network, Meghalaya and the Khasi Students’ Union Mawthadraishan Circle. Hundreds of women, men and the youth spoke up against the murder and rape of a woman from the village, who has left behind 8 children. Chairperon of the Meghalaya Women’s Commission was also present and spoke of the need for re-opening the fast track court in West Khasi Hills in order to deliver speedy justice to victims of rape, child sexual abuse, and other forms of violence against women. Ainam Dkhar, Counselor of Iohlynti spoke of the alarming rise of cases of VAW and child sexual abuse in West Khasi Hills and called for the community to stand together in fighting for justice.