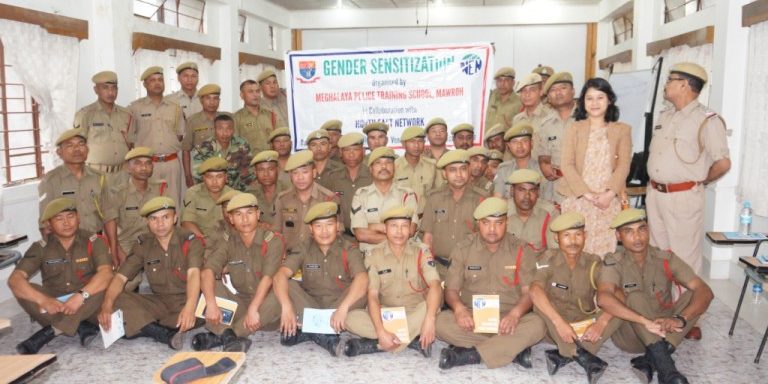 North East Network and Meghalaya Police Training School, Mawroh jointly organized a Gender Sensitization Training for Home Guards Volunteers and Armed Branch Constables on 20th & 21st and 28th & 29th March, 2017 respectively. This was our first joint endeavor in sensitizing the two branches of the law enforcement agencies in the State.

Our consistent work with the Meghalaya Police Training School, Mawroh led to them approaching NEN for these trainings. Home Guards Volunteers and Armed Branch Constables have never been gender sensitized and their strength in numbers is much greater than that of the police officers in the State. They are the officials who are most in direct contact with the public; hence their positive and efficient attitude and approach to violence against women at public spaces is important.

3 Sub-Inspectors (1 female and 2 male) and 14 constables (all male) of the Meghalaya’s Directorate of Civil Defence & Home Guards and 45 (all male) Armed Branch Constables of the Meghalaya Police were trained. The training provided an opportunity to the men and woman, to reflect and think on gender issues in context of Meghalaya and their role as police personnel and home guards volunteers in responding to the same.