Orientation Workshop On Gender, Violence Against Women And New Laws 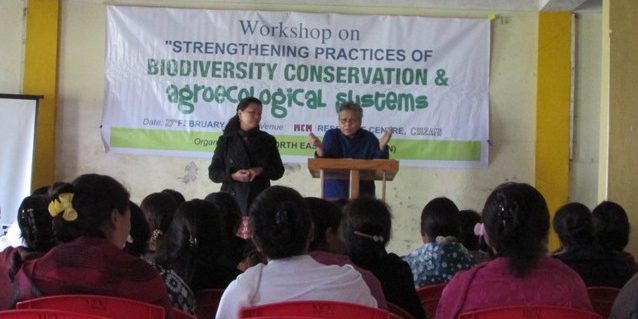 NEN collaborated with Assam Police HQ to organise an Orientation  workshop on Gender, Violence against Women and New Laws for active members ( 18 women & 19 men) belonging  to village defence parties from different 10 districts of Assam. It was a certificate programme for 2 days and was conducted from 22 to 23 September 2015 at Guwahati . The workshop was inaugurated by Ms Leena Doley, Addnl Sp and Senior Staff, Village Defence Organisation-Assam Police. Resource persons included Devyani Borkataki and  Anurita Pathak of NEN, Nilanju Dutta-legal activist and Navneet Mahanta-Addnl. SP . Sessions include building conceptual clarity on gender and understanding violence against women from a woman’s rights viewpoint. It included awareness generation on the new laws for women, namely,

It was important to conduct a gender sensitisation workshop for VDP as they are a strong community policing force and assist the police to check crimes. Crimes against women is on the rise in Assam.

According to the NCRB, 17449 cases were registered in Assam in 2013 against 13544 cases in 2012 The vigilantes are easily accessible to communities and hence , they can promptly  respond to women in difficult situations. Therefore, it was pertinent to train them on women’s issues related to violence and abuse.