NEN Farmers’ Market #1: A confluence of organic produce and food 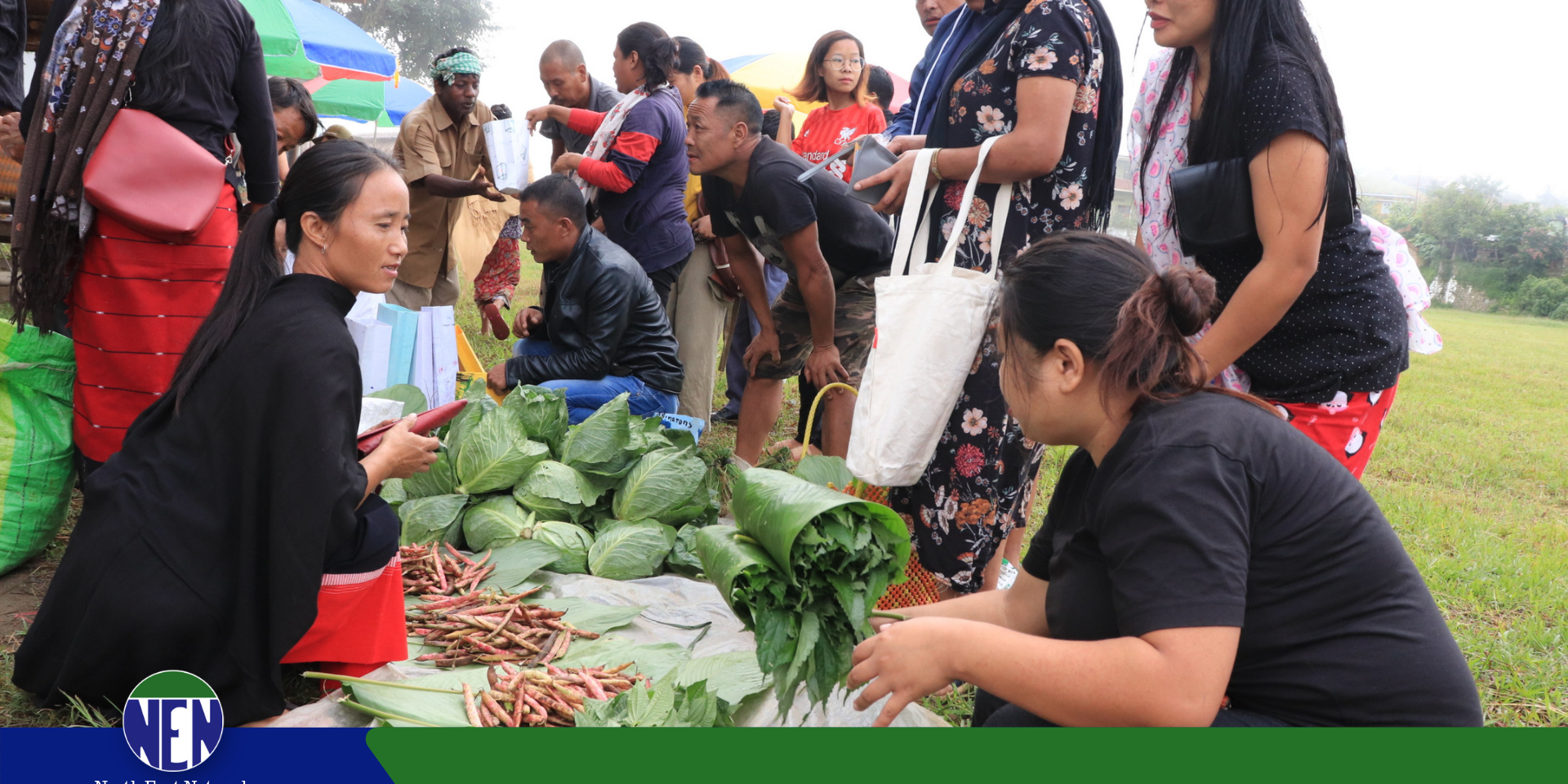 The small state of Nagaland in India’s northeast is part of this diverse group of communities and to celebrate this we bring to you a #FarmersMarket in Chizami. We are going to spend the day promoting indigenous foods and linking women farmers with consumers.

Farmers from Chizami, Enhulumi and Chizami Town converged at a Farmers’ Market in Chizami Local Ground on the occasion of the International Day of the World’s Indigenous Peoples. The event was organised by North East Network (NEN) Nagaland with the objective to promote indigenous food systems by creating awareness on its importance, and also facilitate farmers’ access to the market. A range of diverse food items – cultivated and wild edibles, traditional snacks and tea, crafts, local meat were sold at the market. NEN also presented an array of millet-based snacks for the consumers, with the intent to promote millets, a traditional and multi-nutrient crop that was almost lost but revived in recent years. Along with it, Nutritional Awareness campaign was spread through posters and interaction.

Speaking at the inaugural, Mr Vekuto Vero, SDO (Civil) Chizami encouraged the gathering to eat local and organic food and reduce the dependency on market food. He lauded such initiatives and encouraged the organisers to make the market a weekly affair so that the entire community has easy access to organic and healthy food and at the same time will help the local economy.

Ms Wekoweu Tsuhah of NEN in her brief welcome speech reminded the gathering of the immense contribution of indigenous people in safeguarding the natural resources that are vital to the sustenance of life. She thanked all the farmers for conserving the genetic diversity, growing food organically to feed the community so that all have access to diverse chemical-free healthy food for a healthy environment.  She also appealed to the consumers to continue supporting the farmers by buying local produces.

The Farmers’ Market was a plastic-free event.