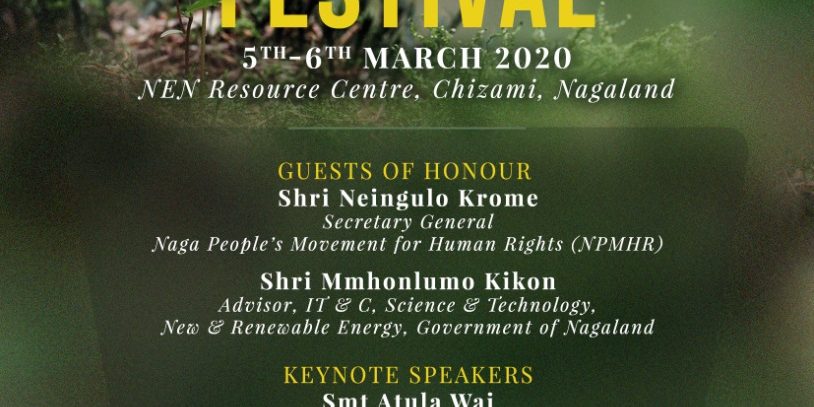 The North East Region (NER) of India is one of the world’s biodiversity hotspot and diverse ethnic communities of the region have significantly contributed towards sustaining this biodiversity. However, its fragile ecosystem and biodiversity is today threatened by numerous factors, one of the key factors being the capitalist model of development that has swept the entire region. Biodiversity depletion and ecosystem degradation in the NER has made communities more vulnerable to climate change, poverty, shrinking livelihoods and environment-induced migration amongst others.  Even amongst small agrarian communities, cash-driven economy is rapidly replacing the subsistence and solidarity economy. Local communities’ relationship with their biodiversity – that has provided food, nutrition, health and livelihoods have changed to a great extent. This shift is gradually alienating communities’ intrinsic relationship with their commons – forest, land, seeds, biodiversity, water, traditional knowledge, culture. Such alienation from the common natural resources would adversely affect community cohesion, livelihoods and culture amongst others.

Today, globalization has, in a massive way impacted the way local communities produce and consume food today. Many of the traditional crop varieties have disappeared from farmers’ fields; numerous species of domestic animals have been lost. Wild animals, fishes, birds, animals have been lost because they have been used beyond their sustainable limit. Traditional and indigenous food production systems are under threat, and so is the local knowledge associated with it. The loss of diverse diets is directly linked to diseases or health risk factors, such as diabetes, obesity and malnutrition, and has a direct impact on the availability of traditional medicines. Furthermore, the decrease in production of local food and the growing dependency on food from outside is impinging on the social, cultural and political rights of indigenous peoples.

It is in this context that North East Network (NEN) is organizing the 11th Edition of the Biodiversity Festival on 5th – 6th March 2020 at Chizami in Phek district of Nagaland. Biodiversity Festival is an annual event organised by NEN Nagaland, to celebrate and dialogue on biodiversity, indigenous communities’ knowledge, culture, food and farming systems by bringing together diverse stakeholders. The event is a carnival of local and organic food, exhibition and sale of seed diversity, grains, wild edibles, eco-friendly products; Seed exchanges, Storytelling, Interactive demonstrations, Cultural performances amongst others. This year’s celebrations of the Biodiversity Festival will focus on biodiversity as the foundation for our food, livelihoods and wellbeing.  Through this event, we hope to spread awareness of our dependency on biodiversity and healthy ecosystems.

Today we are witnessing a growing disconnect between the young people and the natural environment. This Biodiversity Festival, on 5th March, we hope to engage the educational institutions that can play a significant role in raising awareness of biodiversity and environmental education. Through this event, participants will be encouraged to learn about, appreciate, and support local biodiversity. This, we believe will help in enhancing their learning and inspire them to conserve our rich biodiversity. On 6th March, diverse communities from across Nagaland and from the NE region, NGOs, community-based organisations, government agencies, scientific and educational institutions to interact, share, learn and celebrate Biodiversity.