Beginning of the End: Combating Drug Abuse in Meghalaya 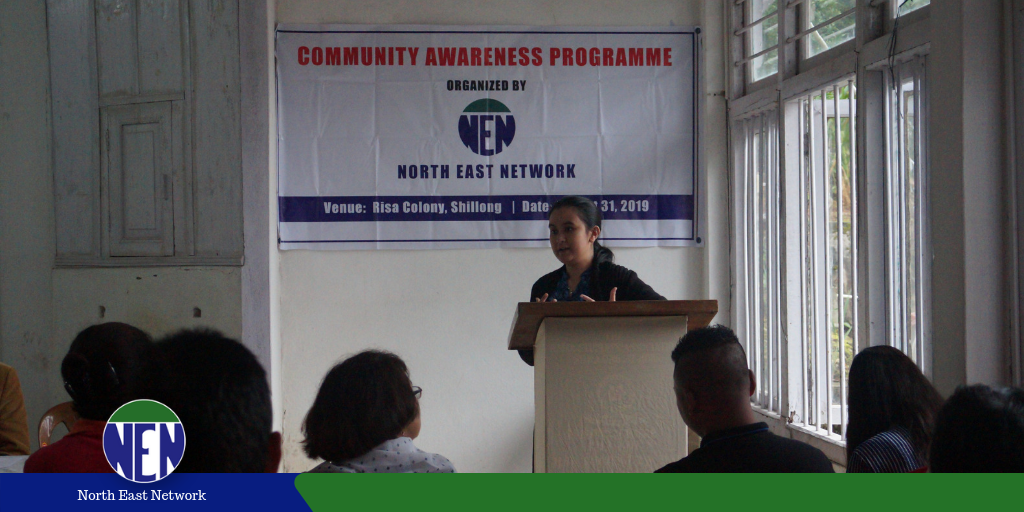 A study titled ‘Assessment Of Pattern, Profile And Correlate Of Substance Use Among Children In India’, commissioned by the National Commission For Protection of Child Rights (NCPCR) and conducted in 27 states by the National Drugs Dependent Treatment Center of All Institute of Medical Sciences (AIIMS) found that Meghalaya has the highest substance abuse (tobacco and heroin) amongst children in the country followed closely by some other North-Eastern states.

NEN Meghalaya has been working to strengthen community institutions on subjects related to gender and life skills education. This is done with the intention to bring about safe spaces for community members within their societies, making them free from injustice and discrimination. Last week NEN initiated its work with the Dorbar Shnong of Risa Colony, in East Khasi Hills district. The Shnong felt the need to have an awareness programme on the consequences of substance abuse for its residents. NEN facilitated this programme and brought in 2 resource persons – Mr J.S Dhanoa (IPS) SDPO Narcotic and Mr Barry Kharmalki, Secretary Meghalaya State Network of Positive People.

Mr Dhanoa spoke on how the drug supply chain operates and seeks corporation and support from the community members to tackle the issue. Mr Kharmalki, a 12 year, recovering drug addict shared his experience of how he got into drug abuse and how he overcame the addiction. He urged the people to accept addiction as a disease and not to discriminate the addicts but to rather help and support the addicts to recover. Both the resource persons stressed on the need for the community members to assist the law enforcement in identifying those supplying drugs. The Acting Rangbah Shnong, Bah G.F. Shullai, thanked the resource persons for their enlightening talk. He said that the residents had no knowledge on substance abuse before the programme, however, they felt confident now to tackle the issue at the locality level since they know who to contact and how to report such incidences. The programme did bring out the need for rehabilitation centres for both men and women since as of now the State lacks proper rehabilitation centres for persons suffering from substance abuse.

Post the programme the Durbar of Risa Colony, requested NEN to initiate a Dialogue with Mr Kharmalki to constitute a committee to provide assistance to those seeking help to recover from drug abuse.