Workshop on Masculinity and Gender-Based Violence 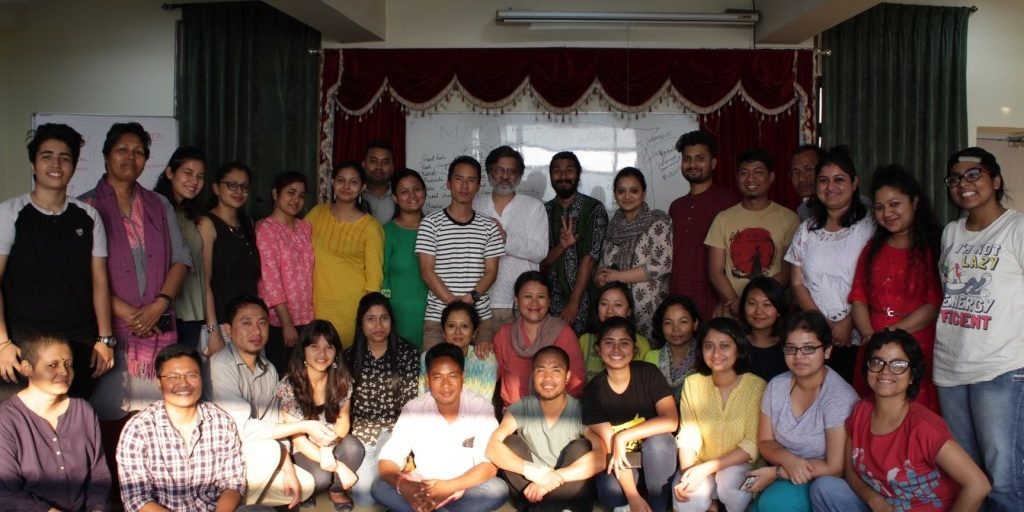 Addressing the issue of Violence Against Women is incomplete without a thorough understanding of masculinity and its relationship with discrimination and VAW. With this objective, a workshop was organized by NEN on the 24th-25th April 2019, at Don Bosco Institute, Kharguli, Assam.
The workshop was focused on understanding the construction of masculinity, its dynamics of power relationships in terms of experiences of power and powerless through the identification of the source of power which is also a source of violence and how it dis-privileges/dis-empowers others especially women. Resource person Rahul Roy, is a documentary filmmaker and Director of Aakar, a Delhi based trust that works in the area of media, culture and research and his work is mostly on masculinities. Aakar has been engaged in several interventions on masculinities.
He shared how our experiences of power depend on where we stand in terms of class, education status, religion, culture, sexuality, hierarchy, etc. Discussions around dimensions of gender-based discrimination at the workplace and domestic spheres also took place. The workshop helped the participants in reflecting and acknowledging gender-based violence and its promotion through masculinity.
Two documentaries by Rahul Roy were screened – ‘Majma’ and ‘When Four Friends Meet’.
There were 37 participants from 3 states of North East. The participants were from North East Network, Xukia, Way Foundation, Green Hub, Foundation for Social Transformation (FST), SATRA, NEthing, Ayang Trust, The ANT; Meghalaya: North East Network, Martin Luther Christian University, English and Foreign Languages University, Shillong and North East Network, Nagaland.