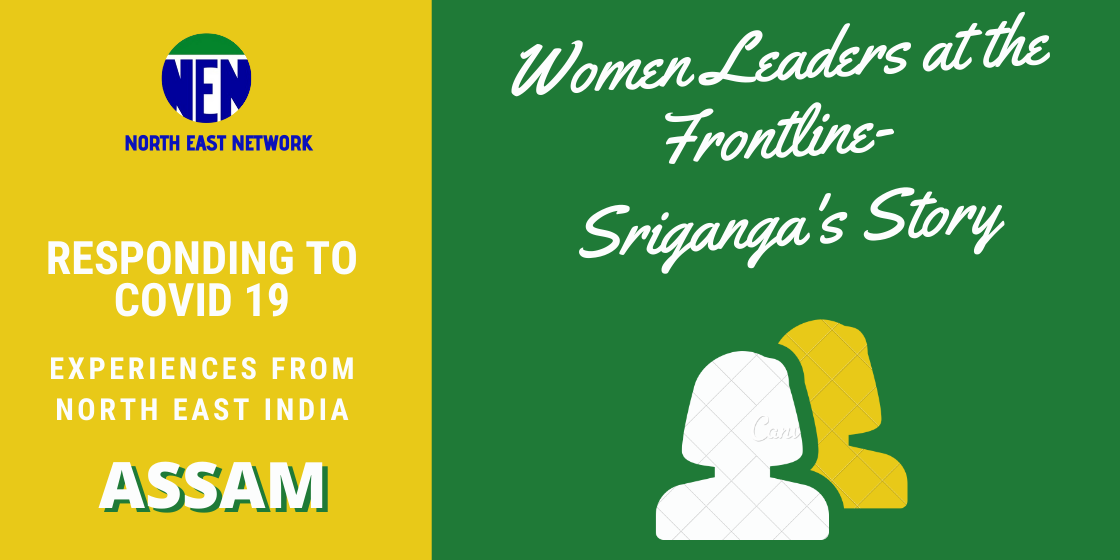 Women are leading the fight against COVID 19 in many places and NEN has been a witness to many such stories of courage, compassion and intent.

One such story is that of Sriganga, a daily wage earner from Lal Ganesh Area of Guwahati in Assam. She had been associated with us for a few years now as a respondent to studies that we carry out. Determined to help deprived families in the area, she began mobilizing support for others like her, many of whom did not even have ration cards and hence could not avail government aid. However, many did not believe in her capacity to actually help owing to her gender. NEN initially received a request for providing essential ration to nine families that we fulfilled, a little surprised at the limited request.

A few days later, however, the community perspective towards her shifted and another eighteen families were identified that required immediate assistance. We immediately made sure the supplies were arranged and resources were mobilized. Over 25 families have been provided with ration so far with Sriganga’s assistance.

Sriganga’s experience is not unique. Women relief workers in urban poor and rural areas have several challenges ahead of them to even convince their communities of the credibility of their assistance. The crisis is revealing the inherent bias that society still nurtures against women leaders, an issue that must be addressed.