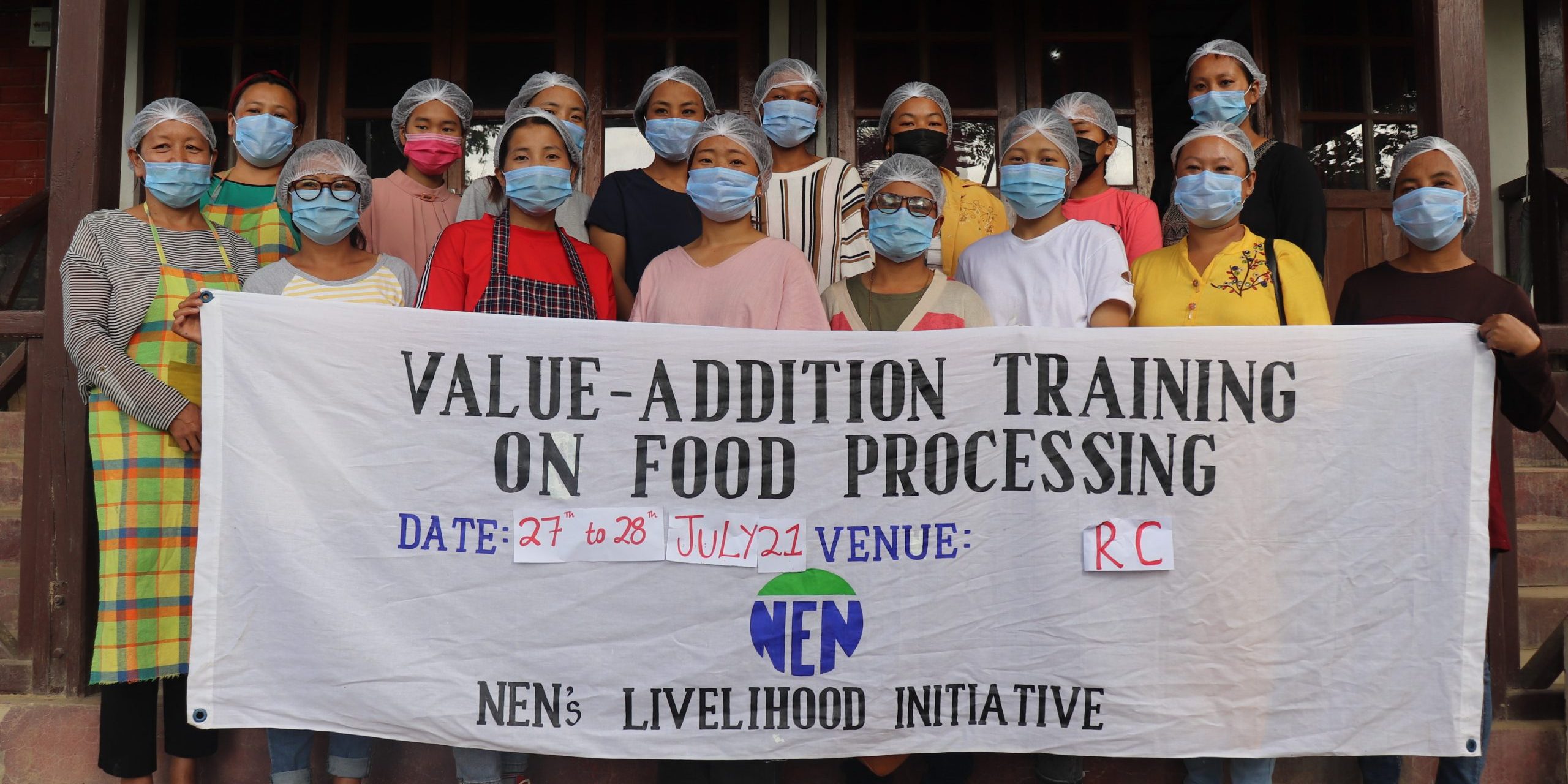 Food processing is emerging as a major industry in North East India and has the potential of generating employment and raising farm incomes. As part of NENs livelihood initiative a value addition training was conducted at NEN Resource Centre, Chizami Phek. The training was facilitated by Pristine Foods, Chumoukedima – Nagaland on 27th -28th July 2021, a leading food processing unit in Nagaland. The training was virtually conducted by the Pristine Team. The participants were 17 community women representing different SHGs from Chizami , Chizami town, Enhulumi and Sumi.

The training consisted of two sessions.

On the first day, training was on Food processing, which was facilitated by Er. Puteu Phesao, M.Tech, Food Processing & Engineering, TNAU, Pristine Foods. The session briefly introduced the idea behind food processing and demonstrated two recipes of Pristine products – Ginger and Plum candy. The participants followed the step by step process simultaneously as the Resource person demonstrated virtually and the NEN team co-facilitated the process. After the completion of each recipe time was allocated for Q&As, where the participants were given the opportunity to interact with the Resource person.

On the second day, the ginger candy processing was continued. The RP demonstrated virtually and the participants followed the step by step procedure. The second session was facilitated by Nukuzo Phesao, Proprietor Warehouse 103, Dimapur. The participants were introduced to the importance of good packaging and the options of packaging materials for different food items and some simple tools of packaging for small units. The session also demonstrated the bottle packaging process; selection, cleaning, weighing, covering and sealing. After the completion of the virtual presentation time was allocated for Q&As.

The workshop culminated with a discussion of the deliverables of the SHGs and the participants were asked to organise one training session for their own SHG team in the next 2-3 months.

NEN would continue to support active and enthusiastic SHGs to take up small livelihood units. NEN will support the SHGs in building enterprises by providing financial support for tools, training and other linkage support. Nietshope-u, NEN further translated NEN ‘s plans and intention in the local dialect for better understanding of the participants.

Overall the workshop received greatly positive feedback from all the participants. 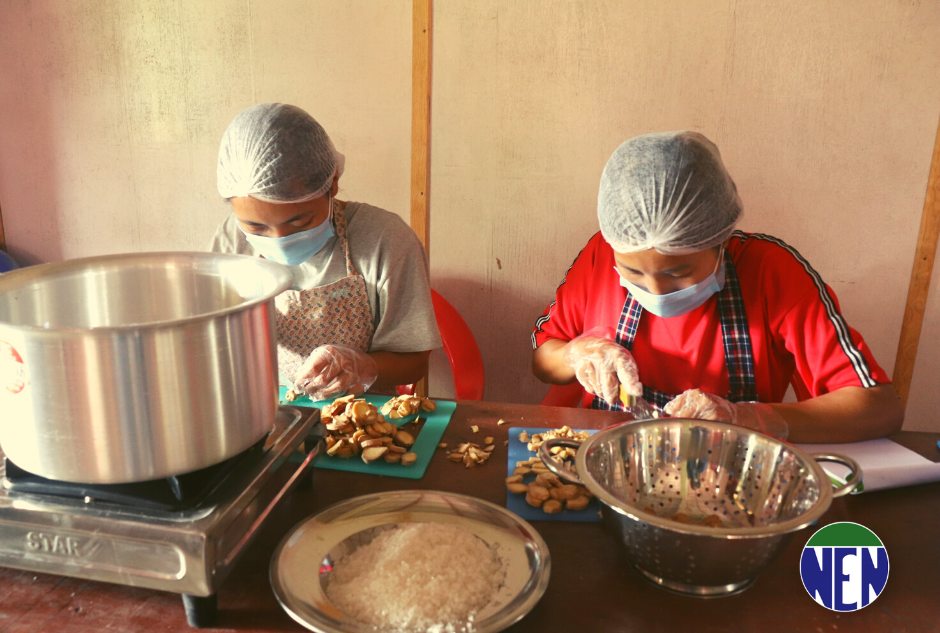 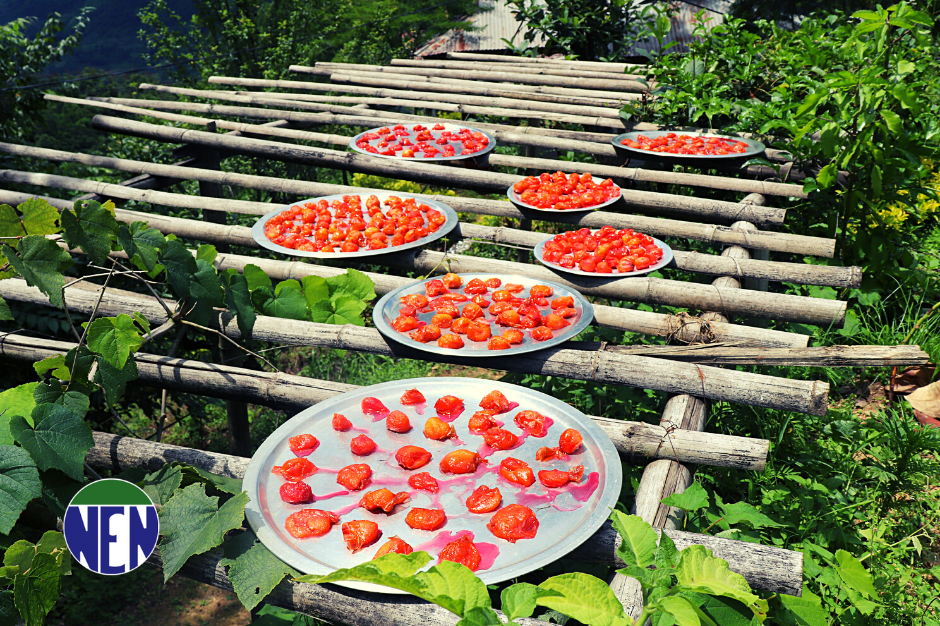 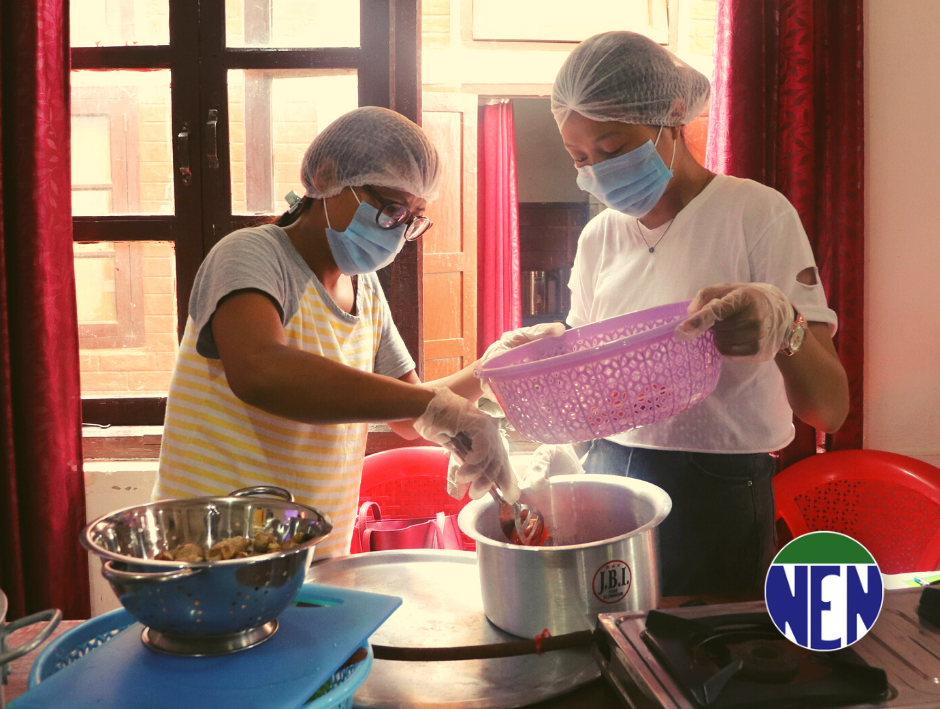 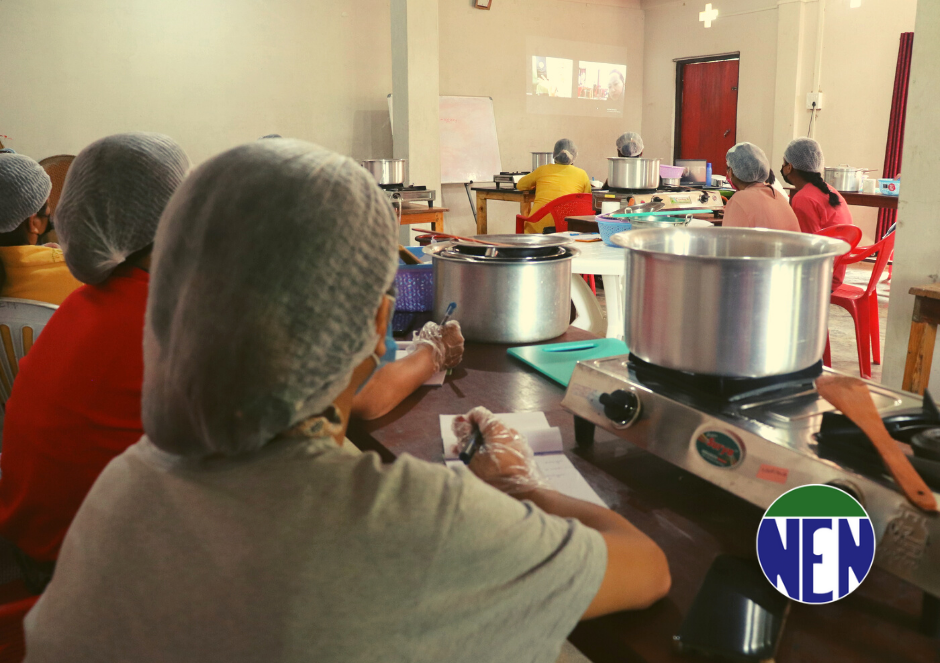 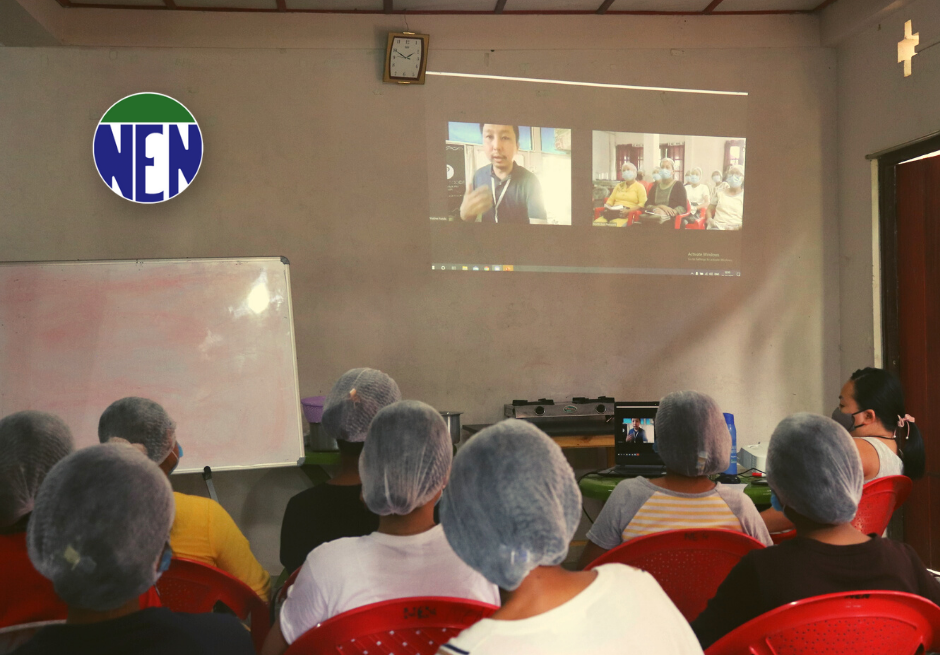 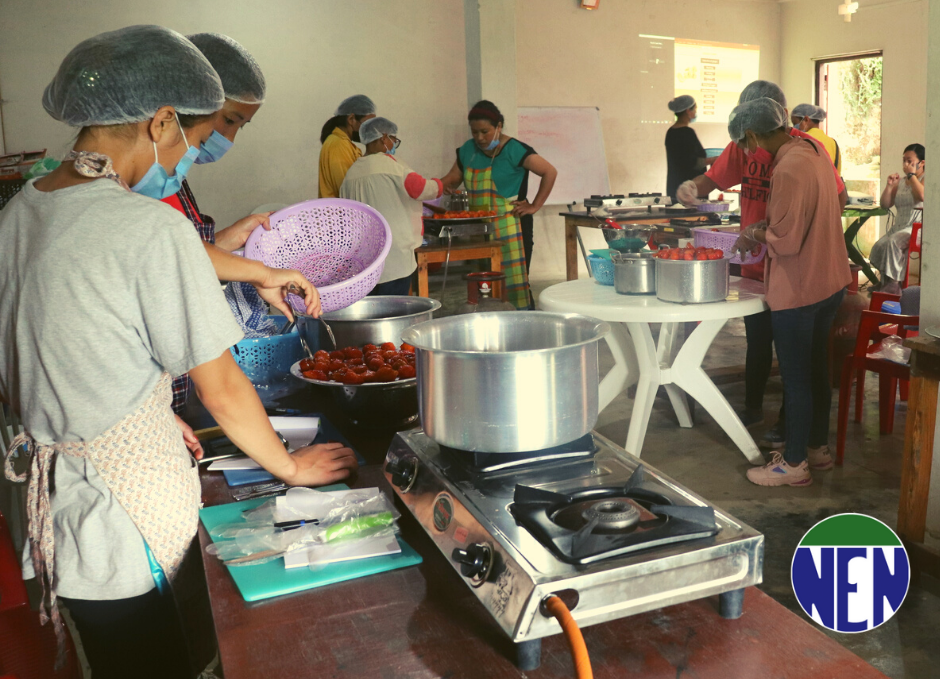