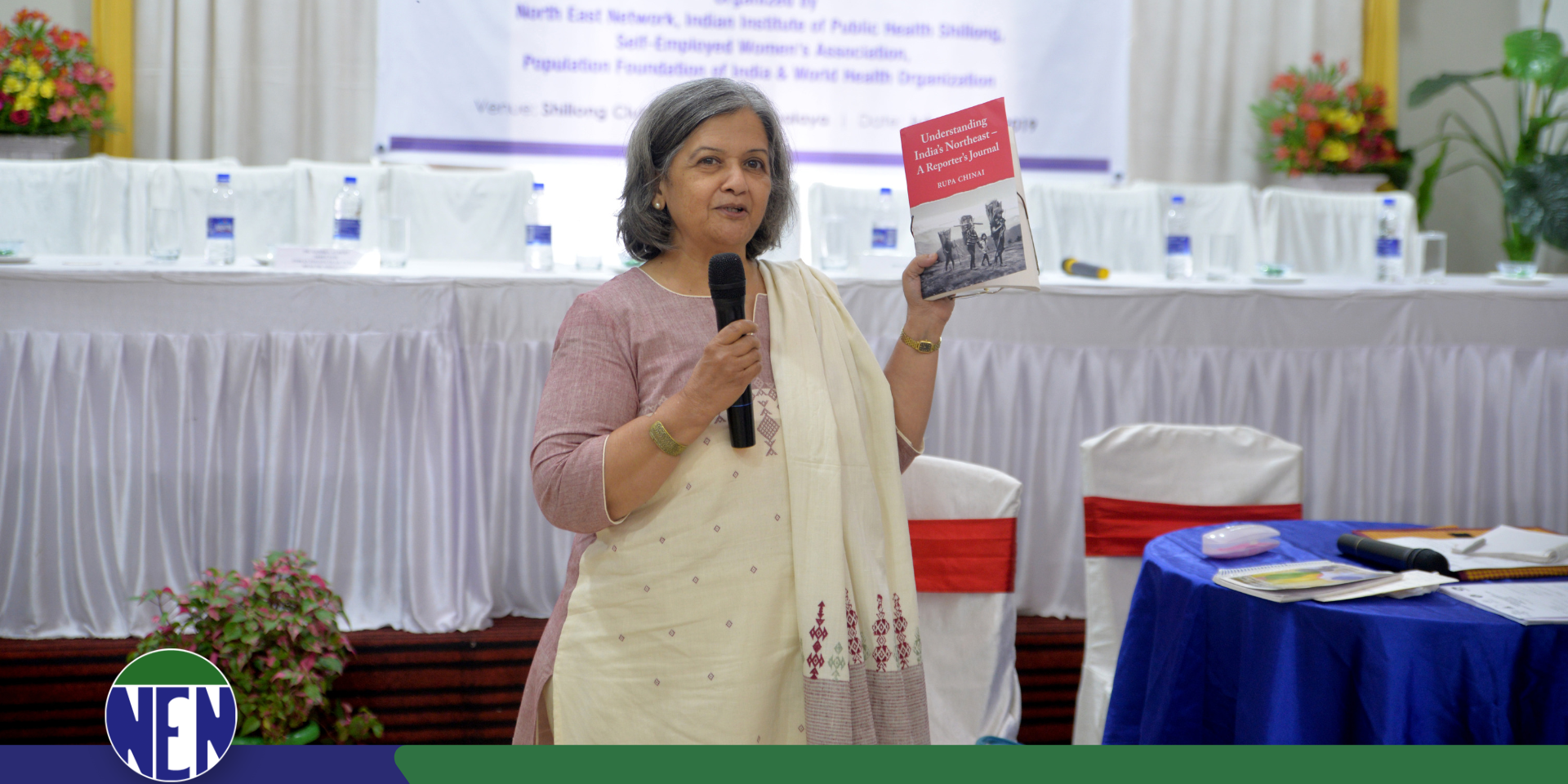 Public Health in India is an issue that has reached crisis proportions and for the regions of the North East, whose marginalization has been historic, the crisis has intensified. Government efforts many a time are blanket policies that do not include local context and deny indigenous alternatives. Terrain, diversity and health illiteracy are among many other elements here that make the possibility of Universal Health Coverage a complex and multidimensional problem. India sends a mere 2.2% of its total budget to cater to a population of 1.3 Billion people.

In the world’s efforts to achieve the Sustainable Development Goals, it is crucial to ensure community inclusion. With the idea to build a collective forum of civil society organizations and community voices, North East Network, Self Help Women’s Association, Indian Institute of Public Health Shillong, Population Foundation of India and the World Health Organization, conducted a 2-day consultation on Community Perspectives of UHC in NE India.

The discussions that followed brought into light the importance of preserving traditional systems of health and wellbeing in the North East and community health care providers that must be integrated with the efforts of our governments to extend health services to those that need it the most. Health illiteracy, lack of political will and difficult terrain are among the many challenges that India’s Northeast faces on its road to universal health coverage. It also revealed the massive under financing of state health insurance schemes for the poor and the marginalized compared to those that cover state employees. As a result, tertiary health care services are either nonexistent or overburdened pushing the individual to external and private treatments that are often borne by the latter.

Many among the representatives felt strongly about the neglect to traditional medical systems and exclusion of these practices from AYUSH and it was agreed that one must strike a balance between the globally accepted medical system and local knowledge of illness, nutrition and gender-sensitive health practices.

The forum was a one of a kind platform in the North East that brought together the voices of civil society organizations and grassroots workers from across the region to deliberate on the challenges to Universal Health Coverage and devise an action plan for overcoming them.

Major takeaways from the Consultation were the need to take such forums to each state and initiate a dialogue with our public health workers on the importance of a community need-based approach to health practices and mobilize communities to claim their right to healthcare by making sure they play a part in the designing of health care systems.