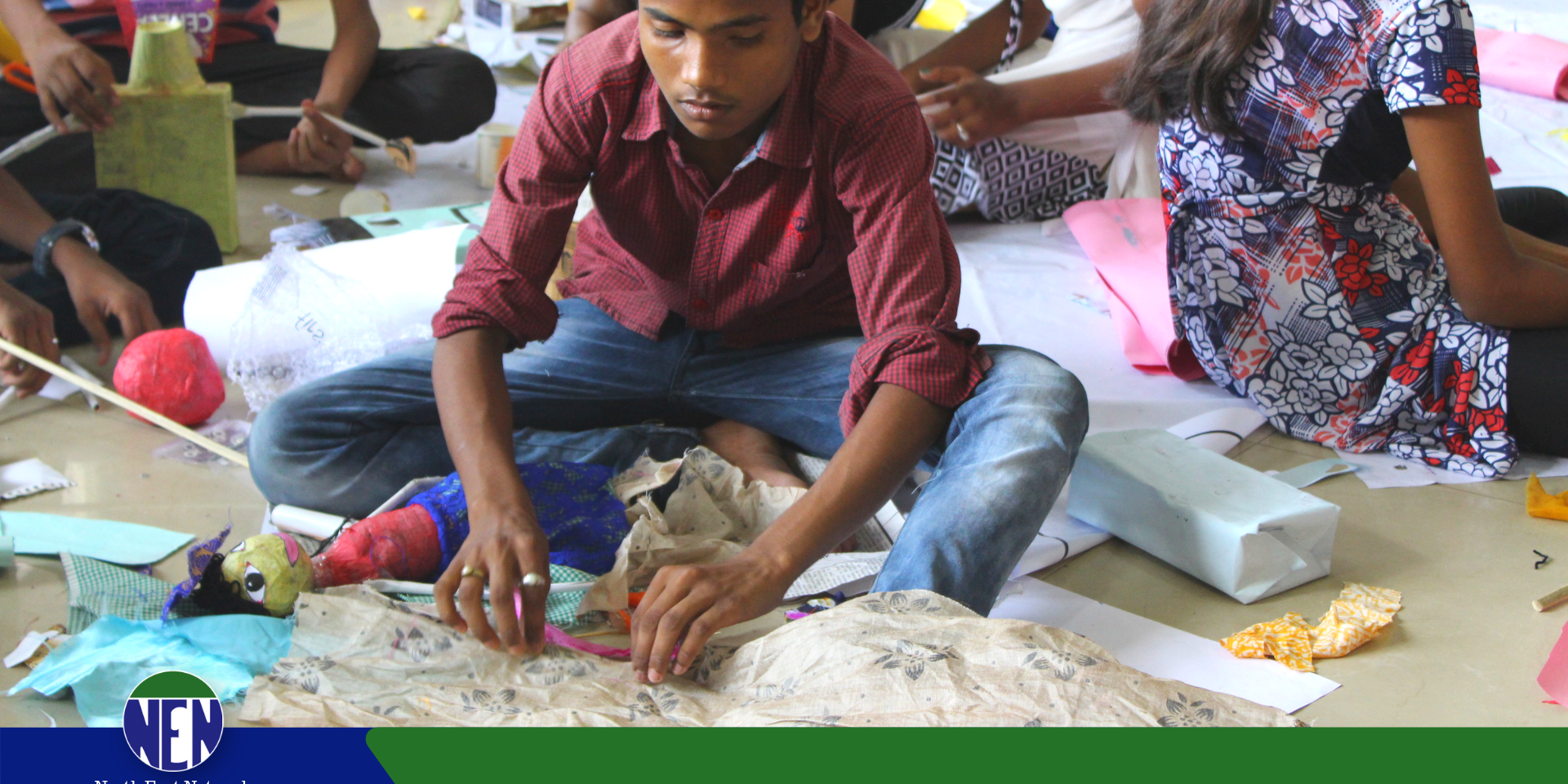 Girls don’t need to be educated. Girls don’t play football or any ball for that matter- that is the domain of boys. Girls are an economic burden; they must be married off. Women walking on the road deserve to be catcalled, they asked for it.

Young boys and girls from schools in Darrang and Udalguri districts stood against these and other socially regressive beliefs and practices in the three-day workshop that they were brought to at the Don Bosco Institute in Guwahati.

Puppetry, an ancient and popular form of folk entertainment has been used by communities in India for a very long time to mirror society. We at NEN recognized the potential of the art form and have since been using it to create awareness on diverse socio-cultural issues.

Our continued efforts with these children of over a year now have built a sense of gender justice and social solidarity among them. This programme intended to equip them with tools for taking such ideas to the communities that they come from thus initiating a chain reaction. For the understanding of puppetry as an alternative way of expression, different types of puppets and different ways of manipulation of puppets were introduced through video screening – mouth puppet, hand puppet, glove/sock puppet, rod puppet, shadow puppet, marionette puppet and ventriloquism. Using newspapers, waste papers, household items etc. and simulation games and exercises, participants were taught to create their own puppets and manipulate them through actions, create their own scripts and characters.

The entire process was facilitated by Puppet People, a puppetry group that focuses on using puppets as an alternative media for giving important social messages. Drishana Kalita and Manas Protim Neog, along with Nilanju Dutta, Rashmi Rekha Bora and Sanjukta Bhuyan from NEN trained these children on the entire process of making the puppets to scripting a show to presenting one in front of an audience.

The three-day effort culminated in a five-part show on division of work, sexual harassment of women at public places, superstition belief on faith healing, early marriage and gender discrimination in educational institutions.

Not only did these young changemakers learn the technique of puppetry, they learnt teamwork, built confidence and resolved to pursue this creative art form to sensitise people on different social issues.