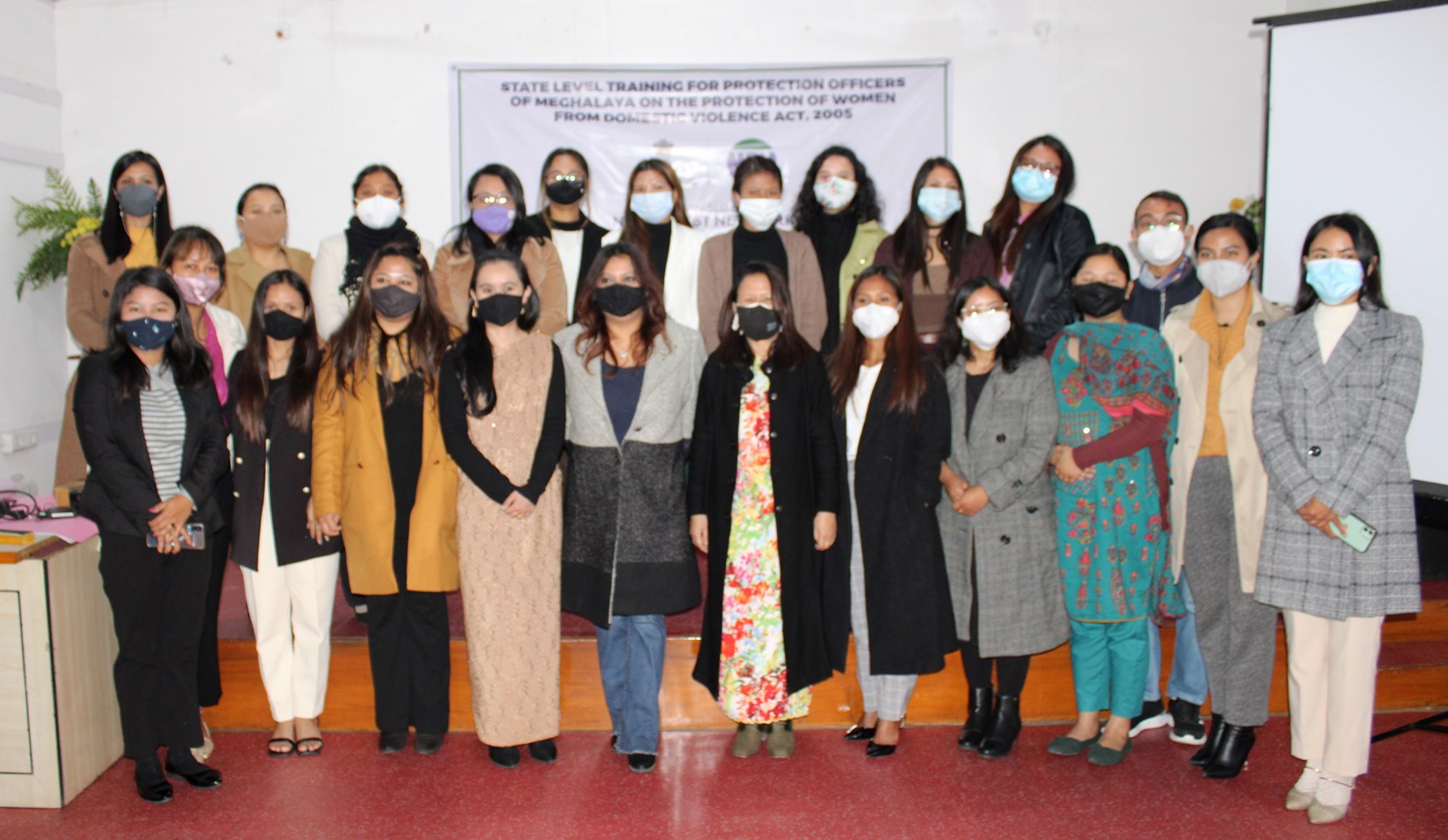 The Meghalaya State Govt. has newly notified every Centre Administrator of One Stop Centres in 11 districts to carry out all roles and responsibilities of a Protection Officer as per the PWDVA, 2005. NEN has been working with Government of Meghalaya in addressing violence against women through facilitating skill training for Protection officers. On 17th February 2022, a State Level Training for Protection Officers on PWDVA, 2005 was organised by NEN in collaboration with the Directorate of Social Welfare, Govt. of Meghalaya. The training also saw the participation of the Centre Administrators and Case Workers of all OSCs. The Resource Persons for the programme were Joy Grace Syiem and Satarupa Bhattacharjee. The participants had an interactive session and were able to clarify their roles and responsibilities in their new role as Protection Officers.