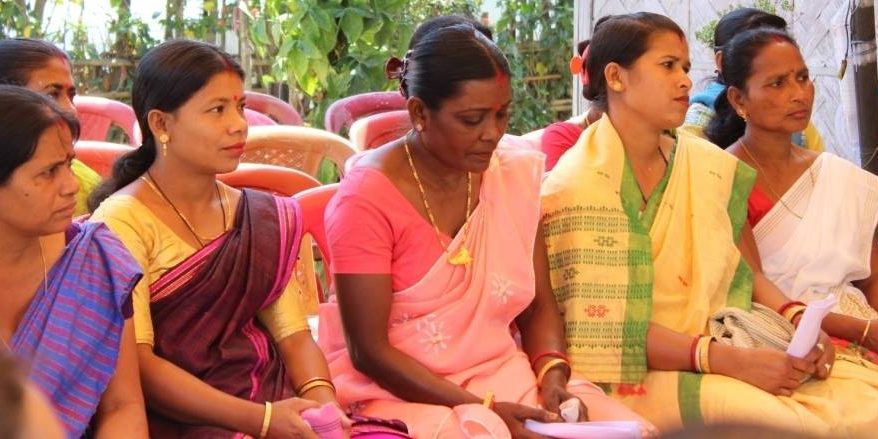 Few of the women expressed that after getting married they never got the chance to perform until this day. The women created their own story and performed drama enactments. There was also a solo drama performance on domestic violence. During the discussions, participants also shared their views on equality and status of women at home.

Folktales are a reflection of societal norms. Folktales of Assam are also a mirror to the downtrodden place women have been subjugated since long. Re-telling them to the younger generation in a new light is the first step to changing mindsets. “Silonir Jiyekor Xadhu”, one such tale compiled by Lakshminath Bezbaruah in his iconic book “Burhi aair Xadhu” was adapted for a performance held on 5th March 2019, as part of Pre-International Women’s Day celebrations organised by NEN at Darrang, Assam. The solo performance by Antara G.G. Choudhury was based on the story of ‘Silonir Jiyekor Xadhu’ adapted by Arup Kumar Nath, and questioned the patriarchal impositions on women, leaving the audience enthralled and inspired.
More than 100 participants including community women, support group members, the village headman and peer leaders from Udalguri district participated in the celebrations. Usharani Devi, Nilanju Dutta, Ashapurnaa Dutta and Usha Lakra from NEN shared about the significance and importance of International Women’s Day. Women of all ages from the community participated in the event by reciting poems and singing songs of women empowerment.