Interface programme on Crimes against Women and Children in collaboration with Women’s Police, Nongstoin and Village Organisation 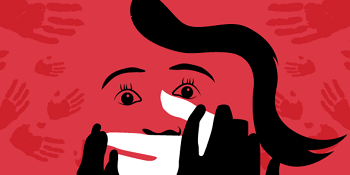 Violence against women and children is a serious public health concern, with costs at multiple levels of society. There is a growing concern over the rise of oppression against women in India over the years, especially during the Covid19 pandemic. India ranks 132 out of 148 countries in the Gender Equality Index published by the UNDP and the current scenario in the country is not encouraging. Time and again, women are reminded that they are inferior and that transgressing society’s norms will be received with a backlash. Violence and oppression have always been the tool used to sustain the structure of Patriarchy and a constant reminder for women of the status they possess in society.

As an organisation, we have witnessed a surge in crimes against women and children in our State the past few months during the lockdown period hence, raising awareness on the same is an important element in the prevention of violence occurring in the first place, because heightened awareness is a first step in changing attitudes and behaviour that perpetuates or condone violence.

With this thought in mind, North East Network collaborated with the Meghalaya Police, West Khasi Hills District and the Village Organization of Laitkseh village for an interface programme to raise awareness on the rise of Crimes against Women and Children (CAW & C). Arnicia Kharnaior, Project Director, NEN emphasized that violence against women and children is a pandemic that has existed for years but is often overlooked.  As an organization we registered 66 Domestic Violence cases in just a span of 5 months; the Meghalaya Police registered 161 Child Sexual Abuse (CSA) cases from January- July 2020 and as per the information from the State Commission for the Protection of Child Rights, there are about 2330 POCSO cases pending in the court. She shared that CSA cases are often compromised between the survivor’s family and the accused and this silence over violence is a major reason that perpetrators are encouraged to commit more crimes.

The Police Department was represented by Shri Herbert Lyngdoh, Superintendent of Police; Smt. Dari Nongbri, Women PS In-charge and Shri M. Kharjana, Deputy Superintendent of Police. The officials from the Police Department provided a clear understanding of the POCSO Act and deliberated on the issues of early child marriage, domestic violence and human trafficking. They echoed the same message that crime escalates because people defer from reporting and they take matters into their own hands. The programme paved way for the participants to engage in a dialogue with the Police and clarify doubts regarding legislation relating to women and children and the kind of intervention taken by the Police specific to crimes against women and children. The programme paved way for future collaborative work with the Village Defense Party- Circle Nongstoin Association (VDP-CNA); Dorbar Shnong and the Police Department of the West Khasi Hills District. The programme was a wakeup call to many and a call for a collective action to mitigate crimes against women and children in society.

It’s unfortunate to announce but the lockdown paved a rapid growth with Domestic Violence and with this situation that we are in, it has been quite a challenge to tackle. We at North East Network collaborated with the Meghalaya Police, West Khasi Hills District and the Village Organization of Laitkseh village for an interface programme to raise awareness on the rise of Crimes against Women and Children. We aim to work hand in hand to help curb these cases and to raise awareness altogether for a promising and fruitful tomorrow.