HER STORY – SURVIVING AN ACID ATTACK 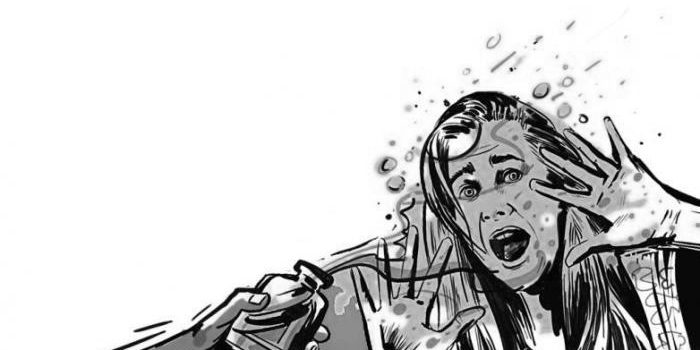 “When you can tell your story and it does not make you cry,

it means you have healed”

The same has happened to me. I still remember the day I shifted to Guwahati in 2008 and got admission in University Law College, Gauhati University to pursue my LL.B. My childhood was spent in a very remote village called Borigaon, in Lakhimpur district of Assam. I was born into a financially disadvantaged family. My father is a cultivator with a limited monthly earning. Nevertheless, I came to this city with lots of dreams., it was a tough time as I had to lose my mother just two months after of my admission in Gauhati University.

I stayed in a hostel. After completing LL.B, I stayed in a rented accommodation from where I had started practicing. Till February 2016 days were smooth although I had to work very hard for my livelihood. I was a fresher in the legal profession. My income was limited but I could still support my ailing father. I also made sure that I could look after the mental health condition of my elder brother. He was affected emotionally after our mother’s demise.

19th March, 2016 was a black day in my life. I became a target of the most heinous crimes – an acid attack. I was returning from my law chamber in Guwahati. It was around 6.20 pm. I had just got off from public transport in Bharalumukh, when I suddenly felt a terrible, severe burning sensation in my whole body. I felt some liquid substance (acid) burning my eyes, face, lips, neck and other parts of the body. I could barely breathe.  I grasped; it was an acid attack on me. Why was I targeted? I realised that the abuser had sent me a proposition. He was a colleague. I had refused it as unwelcome. Unable to handle the rejection by a woman, his male ego unleashed this terror on me. So, he threw acid on me on that fateful evening.

On the next day of the incident, an FIR was lodged by my father. This acid attack has affected mainly my eyesight and also caused severe emotional suffering and physiological trauma which continues till date. My personal life was jeopardised as I lost my job nor could I study for competitive exams. My earnings decreased and I could not take care of my rent and basic essentials for everyday living. I could barely send home money. The attack resulted in eventual loss of my eye sight inthe right eye including the left and burns on my hand. I had to travel to Hyderabad to undergo surgeries and have till date undergone 8 surgeries for my eye. I still require post-operative care and clinic visits frequently.

A couple of days later after the incident when I was running from pillar to postfor my treatment a few leading newspapers viz. The Assam Tribune, The Telegraph,  Asomia Pratidin covered  my story.

In this painful episode of my life when I was facing the toughest time I found a ray of hope when North East Network took up the cudgels and intervened to avail me monetary compensation through a long legal battle. Several women’s organisations came forward to demand for my rights and rehabilitation.. I highly appreciate this remarkable support.

North East Network  demanded strict punishment for the offender through fast track trial through an urgent appeal submitted to the State Chief Secretary, the Deputy Commissioner of Kamrup (M), the State DGP, the Assam State Commission for Women and the Assam State Legal Services Authority. The organisation also demanded adequate compensation for me as per the Victim Compensation Fund Scheme.  As my condition was severe, I came to know about all the interventions taken up by NEN only few days later when I got a call from Anurita Pathak Hazarika from NEN. The grievous injuries caused by the acid attack require specialized medical treatments including my eye surgeries, cost of which are exorbitant and beyond my limited means. Initially I approached various authorities including Hon’ble Prime Minister, Hon’ble Chief Minister and Director General of Police with the support of NEN for release of compensation for better treatment and rehabilitation. I even approached District Legal Services Authority with support from NEN to reimburse my medical expenses.

On  9th July 2016, I, along with North East Network and other woman organisations visited Sri Sarbananda Sonowal, Chief Minister, Assam, with an urgent appeal for justice through a free and independent police investigation and initiate judicial enquiry so that violence against woman wouldnot be tolerated by the state and the society.

Again on 8th March 2017, which is Women’s Day, I visited Dr. M. Angamutthu, the then Deputy Commissioner of Kamrup (M) along with Anurita of NEN and other women’s organisations seeking additional compensation of Rs.1 lakh under Prime Minister’s National Relief Fund (PMNRF)  in addition to the compensation under the Central Victim Compensation Fund scheme (CVCF) as per Assam Government Notification dated 21.12.2016. However, the PMO rejected my proposal of financial assistance stating that my incident hadoccurred prior to the sanction and assistance of the government notification.

Due to the injuries caused to me, I was not able to pursue work and had to stay at home for almost one and half year., .As I was struggling to meet ends; I approached several private sector companies to grant me interviews. Initially it was very difficult for me to get a job as no one wanted to employ me. However, I finally managed to gain a part time position as an Office Assistant where I worked for four months. In that crucial time, finding no other alternatives a Writ Petition (Civil) No. 859/2017 was filed before the Hon’ble High Court of Guwahati on my behalf, seeking inter alia compensation as well as reimbursement for medical expenses incurred by me due to the acid attack on me, where NEN was a co petitioner. North East Network was consistently assisting me access my rights. I remain ever grateful to Advocate Vrinda Grover, renowned Delhi based Supreme Court Advocate and women’s rights activist for giving her valuable time and supporting me in filing the Writ Petition . She represented my case .She travelled from Delhi to Guwahati on all the dates fixed for hearing. It is very difficult to encapsulate this wonderful lady and genius personality within a few words. She has always inspired me to move on whenever she visited Guwahati and made a remarkable impact in my life. Apart from the legal inputs, she supported me emotionally whenever I felt low. My regards to Sr. Adv.  Nilay Dutta of Gauhati High Court, who helped me in filing the Writ Petition. Further, Ratna Appeder, Advocate, Delhi, a junior in the chamber of Adv. Vrinda Grover, and Adv. Juri Hazarika helped me in drafting my case for writ petition. Adv. Vrinda Grover worked diligently to place my case before the Hon’ble High Court with the assistance of Juri Hazarika.

I finally saw a ray of hope with support from the Hon’ble Gauhati High Court, North East Network, Sankardeva Nethralaya and Assam State Commission for Woman. I initially received the minimum financial aid from legal services authority towards my medical expenses.  I have received a total of Rs. 8 lakh (Eight lakh) as compensation in accordance with the law and the presently applicable Assam State Victim Compensation Scheme, 2019 as my medical expenses was more than six lakh which I incurred for my specialized treatments in Guwahati and Hyderabad. Sri Sankardeva Nethralaya, Beltola, Guwahati has been providing me free treatment. Subsequently, the Hon’ble Gauhati High Court directed Assam Government that all my medical expenses (amounting to Rs. 5,05,826.00) be reimbursed, in addition to granting me compensation as mandated under the Assam State Victim Compensation Scheme, 2019. As per the law laid down by the Hon’ble Supreme Court of India, the State is under a duty to provide full and free medical treatment to a victim of acid attack.

I remain grateful to North East Network for their compassionate assistance and kind help in all respects. The expenses of all legal proceedings in Gauhati High Court were borne by NEN.

The joint efforts of NEN, Adv. Vrinda Grover,  Adv. Ratna Appeder, Adv. Ditul Das of Guwahati in accessing my rights has gradually motivated me to move on.

And last, but not least, I would like to offer my heartiest thanks and gratefulness to the entire team of North East Network for their help and cooperation. I am happy that Anurita  has given me this opportunity to share my story. I wish that there will be no more violence on women and girls in Assam or anywhere in the world. Women have a right to lead their lives in peace and dignity and hope that the stand and endeavor of North East Network on issues relating to rights of women and other gender based violence will erase inequalities and build a gender just society.

Interface programme on Crimes against Women and Children in collaboration with Women’s Police, Nongstoin and Village Organisation
October 29, 2020
Go to Top