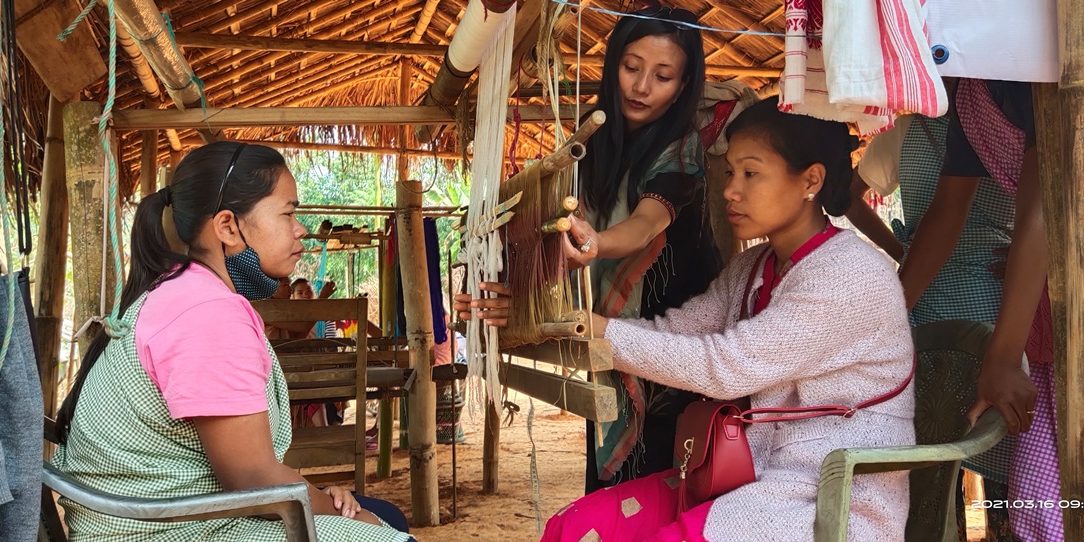 The art of weaving is endemic in most tribal cultures in North East India. Unfortunately, with readymade clothes flooding the markets we are witnessing a gradual diminishing of this exquisite art. Over the past decade NEN has been working to revive indigenous weaving practices by encouraging the younger generation to inherit their tradition and keep it alive.

Keeping this in mind, NEN organised a 5-day summer weaving training from 15th to 19th March at Mawryngkang village where 12 young women from Plasha, Korstep and Mawryngkang villages were trained under the supervision of Vianney Nongrum. The training’s core objective was to heighten the skills of the young weavers on traditional weaving practices. The training entailed basic understanding of the process of weaving right from warping until the product is completed. It also emphasised on weaving the traditional motifs of the Mikirs and the Khad-ar Lyngdoh, which is the essence of their identity. Few of the weavers had previous experiences while most of them were first timers; nonetheless, their artistry was reflected in the way they went about inculcating the different designs into their weaving. The training carried additional precedence to help them intensify their understanding of the culture of weaving, the importance of beholding it and upholding women’s socio-political rights through their financial independence.

The end of the 5-day training reflected considerable results in the finished products and their enthusiasm to start weaving in their respective villages and expanding their knowledge to their fellow youths stood unswerving.