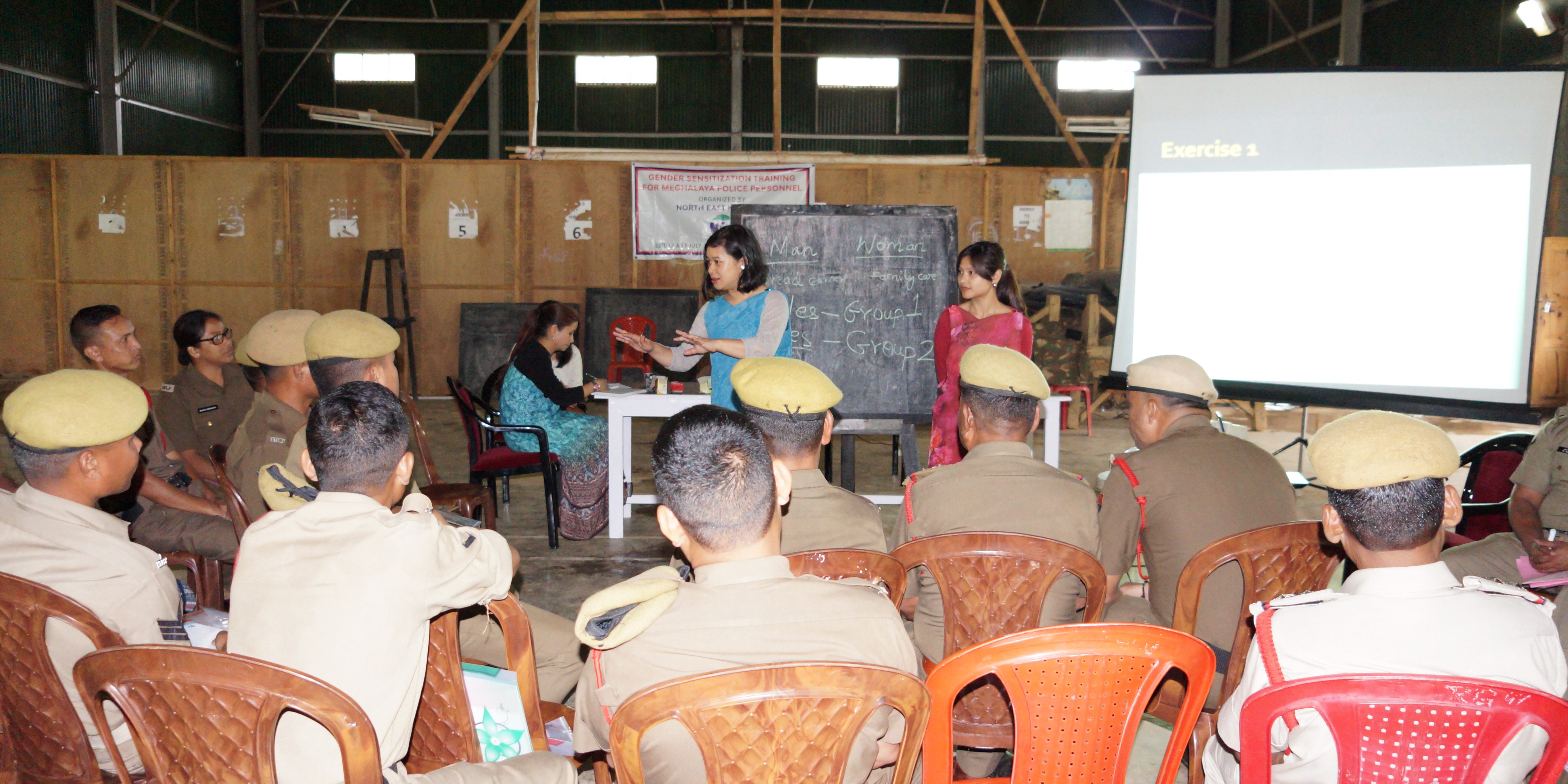 The role of the police all over the world and in India, in particular, is becoming vastly bureaucratic and convoluted. The police department is at the forefront of the criminal justice system has the ability and power to change the current situation of crimes against women and children.

With this thought in mind, North East Network began gender sensitization training for the 1st MLP Battalion staff at Mawiong with the objectives of enhancing the understanding of police personnel on issues of gender and violence against women; sensitizing them to build on the positive aspect of policing and building a strong foundation on legal and civil remedies related to women and children.

Considering that the role of the Battalion is to train new recruits who will then be deputed to several Police Stations and other departments we attempted to hit the source that would then begin a chain reaction. For most of the participants, the training was an eye-opener for the subject was considerably underrated in their environment. It was stated by the Commandant of the Battalion that since the staff does not get adequate exposure, this particular training will enable them to engage in discussions on understanding the socialization process attributing to inequality at all stages ultimately resulting in exploitation and subordination of women. Bearing in mind that the Battalion’s jurisdiction is training, the basis of the training here then was to inculcate in the participants a gender-sensitive response towards assisting people within their own campuses or the locality that they are a part of. It also paved the way for the capacity building of approximately 348 other trainees of the Battalion on the same in different batches starting from this year. A total of 30 police personnel participated (8 were females and 22 were males).