Building Institutional Capacity On Gender And Its Relationship With Masculinity 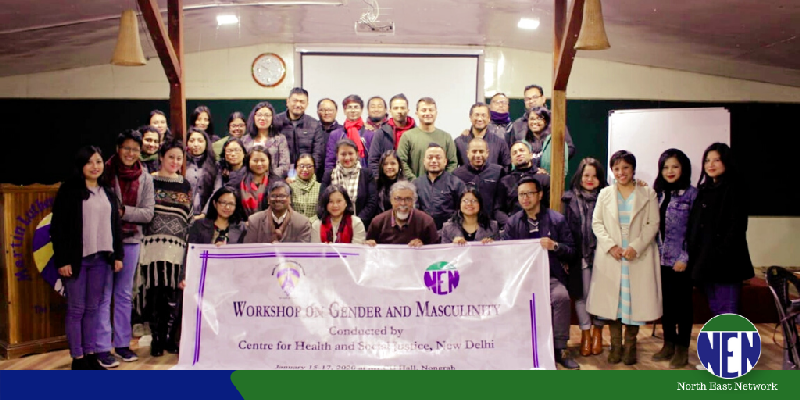 ‘For gender-based violence to stop, men must be made active agents of the change that concerns them.’

In the past two decades, women have been able to bring two legislations on their protection against physical violence in the home space and sexual violence at the workspace. Despite this, violent crimes against women in both the spheres have exponentially increased. The National Crime Records Bureau has recorded over 40% increase in such crimes in the past five years. 65% of Indian men believe women should tolerate violence in order to keep the family together, and women sometimes deserve to be beaten (International Men and Gender Equality Survey). NEN understands that the movement against gender-based violence can no longer be led by women alone. Men have been treated as antagonists to this narrative for far too long and this needs to change especially among local tribal communities that have a much larger role for men than in traditional patriarchies.

The Centre for Health and Social Justice (CHSJ) has been pushing forth this alterative story for decades now and hence we invited them to lead a discussion around narratives of masculinity and patriarchy and what it means in the context of a matrilineal society. NEN Shillong collaborated with the Centre for Gender Studies at the Martin Luther Christian University. What ensued was a rich three-day experience for the University’s Faculty and our own team around social constructs of gender norms.

The workshop began with attempting to understand the participants own inhibitions and preconceived notions of gender and raised many questions on the acceptability of behaviour outside accepted norms thus pushing everyone a little out of their comfort zones. It then proceeded to identify culture-specific practices that protects patriarchy in Meghalaya and hence reinforces society’s claim to cause physical and mental harm to women and children.

Abhijit Das and Satish Kumar from CHSJ facilitated the three-day programme and introduced their model of bringing men back to be equal stakeholders in the family through awareness, participatory tools and collectivization. They demonstrated through various examples across the country hoe this model has transformed gender roles in regions as steeped in patriarchy as Uttar Pradesh. Statistically, violence in the private sphere has also gone down as contributing time and emotions to their families reduces the stress levels of men who are usually struggling to provide only monetarily for their families and more often than not, failing.

In conclusion, the participants were taught to come up with their own context-specific models. The exercise helped many to realize what they would want changed in their social fabrics and personal attitudes with regards to men and how they could work towards it as a unit.