A leader of Gender rights movement in Meghalaya 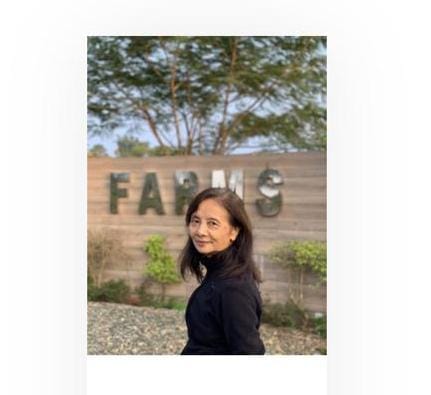 Social activist Darilyn Syiem has dedicated more than two decades of her life to empowering girls and women in their personal and professional lives. She has been committed to ensuring that women lead a life free from violence and discrimination. A former teacher, currently she is working as a philanthropist in rural schools of Meghalaya to supplement the education of young girls and boys with dialogues on empowerment and equality.

How did your journey with the rights movement in Meghalaya and association with NEN begin?

It began in 1996, just a year after NEN got registered. I was a teacher and began by volunteering with NEN because I was concerned about women’s issues. At that time I had very little knowledge of rights and related subjects. NEN had begun its work in Shillong, Meghalaya so I worked as a volunteer in the villages at the grassroot level. NEN’s objective was always to take up grassroot reforms, and to find out about the experiences and urgent needs of the people so that it can be taken to the policy level. That was always the primary objective in my mind too because whatever you do at the grassroots level must be reflective of the issues, concerns and the hardships that the local people have faced. The problems of the women must be reflected or heard at the policy level. So, I got involved with a project on women’s reproductive health and rights. Slowly we worked through the villages from the East Khasi hills to Jaintia hills to Garo hills, to the different districts in Meghalaya. It was for years after working on reproductive health and rights of women that other issues emerged like the problems of livelihood and the violence against women from the implemented interventions of reproductive rights. During the awareness campaigns on women’s health, it became apparent that the women faced a lot of challenges related to their autonomy in the form of the number of children they had, having more children at the cost of their health etc. That was when I discerned that the women did not have any power of decision making even regarding their reproductive health. The main reason for that was and still is, they not being involved in the decisions of the households. Women were not the decision makers, rather had all the decisions imposed on them. Along the way through the years, women had started regarding this as a part and parcel of their lives.

NEN at that time was networking with other organisations, women’s groups and grass root institutions in the North East region and other parts of the country. The networking initiative of NEN was very strong and there was a lot of interaction between grassroots women and other national women organisations like the National Women’s groups, National Alliance for Women and other bigger organisations in India. So women in the villages were immensely benefitted by the exposure and dynamic work with other women. We started discerning and understanding that because of lack of decision making there were lots of things that didn’t happen but which should’ve happened. For example in the village councils of Meghalaya women were and still are not allowed to take part in the decision making process. There are environmental issues like lack of drinking water, that women would know best about, but all of it was also decided by the male leaders in the traditional councils and the governments. There were project aids coming in for beneficiaries but were not reaching everyone irrespective of gender because of this infrastructure. There were also issues of livelihood where there were restrictions on women’s mobility in spite of the fact that Meghalaya is a matrilineal society. Women here are seen as empowered, but it is not really the case. So the objective and the long term goal was to get the women their rights through NEN and put in place other interventions to get women into the decision making process at all levels.

What do you feel were your biggest achievements through NEN?

Women are still not allowed into the councils with only a few being able to participate as token members in the urban areas and you don’t really see them at the forefront. North East Network has done a lot in terms of training, empowerment, and decision making through different councils and women’s group in the villages. In spite of this, even now there is much that needs to be changed because the villages uphold traditional practices very strongly. In my work with NEN, the most important milestone was the fact that the policy makers in the state of Meghalaya were eager to acknowledge the efforts of NEN to mitigate violence against women and to ensure that they live in a safe world with no harm coming to them either in the private or the public sphere. That is an achievement in Meghalaya where the state has made certain changes and put things in place at the policy level so that women could get access to their rights and to live in a safe place through them. 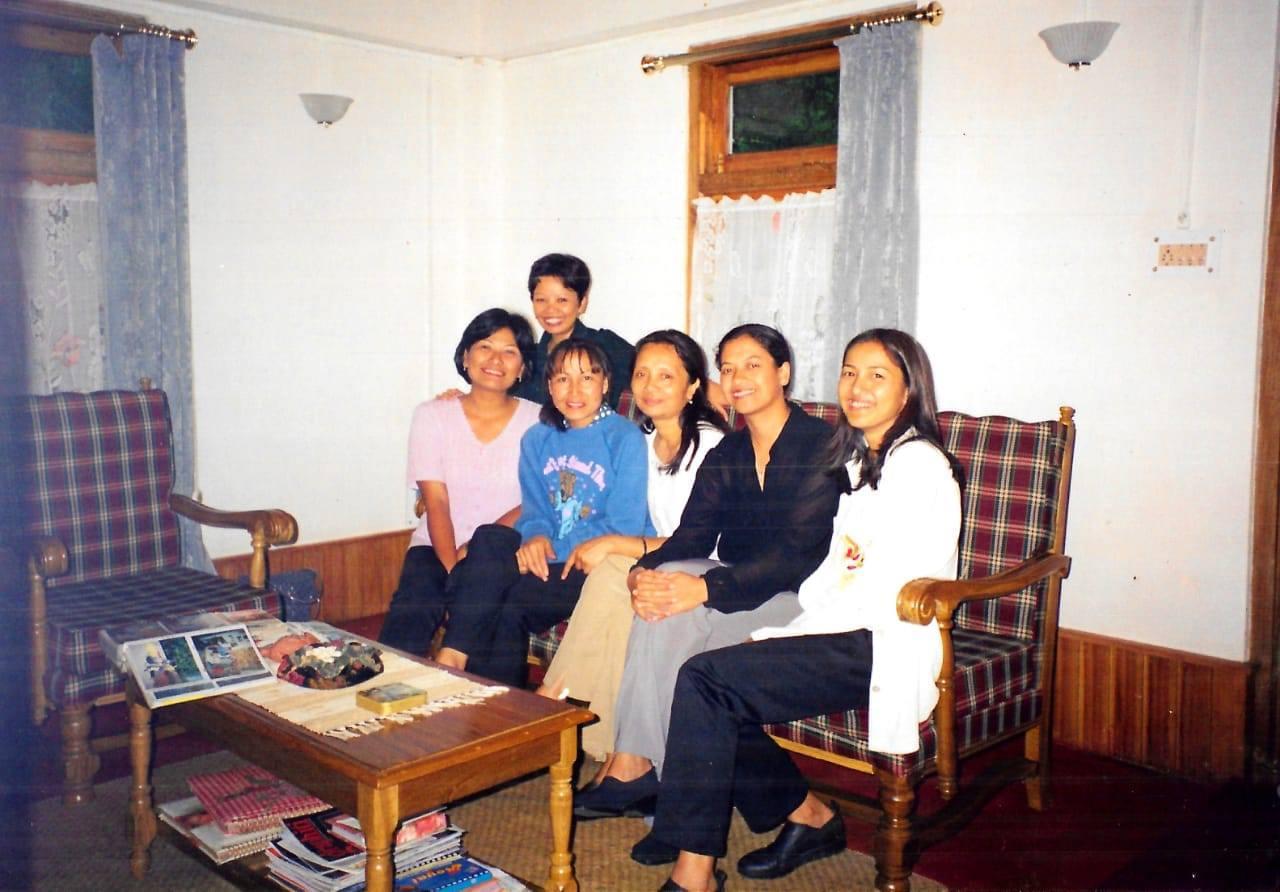 Meghalaya is a matrilineal society. But statistically the rate of crimes against women is very high in the state. What is the reason behind this?

The statistics of crimes against women is still very high in the state. It has been the highest in the region and because of the pandemic, things seem quiet outwardly but it is still persistent. The reason for it is the same as the rest of the world. Women are seen as submissive, expected to just listen without talking, and do not have freedom of movement. When I say freedom of movement, I don’t mean to say that they are restricted to their homes as they do go out to work. Women are out working in the field or in a formal institution but it doesn’t mean that they are free from the rest of the problems and issues that women face everywhere. They are still vulnerable whether they are at home or in the public sphere. So it is the same as the rest of India and it is a myth that since we are a matrilineal society, we are empowered and enjoy equal rights. In comparison to the rest of the country, maybe we have more freedom of movement and egalitarianism, but when it comes down to real hard cold facts of equal rights it is the same.

What is your advice on addressing the issue of gender based violence in Meghalaya.

I wouldn’t call it advice but I believe we need to question and train both men and women right from the school level. It should begin as early as possible. A lot of effort is put into trainings and workshops for adults but they are usually set in their mindsets. A lot of women are discriminated against and there is little that these women can do. There are very few women at the forefront who are empowered enough to actually speak out. It is also the custom of the Khasi people and other tribes to not question or speak out. It is further aggravated in context of gender rights and women are forced to keep quiet.

I am still continuing my work for gender equality and equity, so I will reiterate that for change to really happen one should start at childhood or adolescent period of an individual. This does not mean negating the involvement with adults but being aware of such things from an early age would lead to more cognizance about discrimination and inequalities.

You have been advocating for gender mainstreaming in policies. What is the best way forward on this especially in the context of North East India and Meghalaya?

There is no cut and dry approach to this issue but my perspective is that gender mainstreaming in North East India, even though is taking place to  a certain extent, it is not enough. I think one of the reasons for this is weaker networking measures among women. Women’s movements have now become weaker and are not as prominent as they were two decades ago. If women from all over the country and the world came forward together as a group, we can strengthen our movement. I would say Gender Mainstreaming needs to be facilitated by re-strengthening the women’s movements that was so strong especially in the 90’s.

What advice would you give to the upcoming generation of women leaders and changemakers?

The older generation should act as mentors to the upcoming generations by sharing their unique experiences. The movement for gender rights should include people of all ages. The elders have the experience, while the youth understand the present situation and the challenges faced. So by the blending of both the experiences, the efforts could be merged with mutual respect and putting aside the differences to make sure that gender justice is attained for all women.

When I talk about the women’s rights movement I mean it in the context of Meghalaya and the North East region as a whole. This is because NEN was the first women’s rights organisation in NER and the movement grew so strong, because it took women from here to international platforms like the Beijing conference. Even the rural women from the villages, who were farmers, got the opportunity to go there. This movement for empowerment of women and young girls, needs to be revived and strengthened for sustained results.

We need to know our decision makers, those at the policy levels. Get to know them and even if things don’t work out, don’t give in or give up. Continue asking questions about ‘Why is this not happening?’, ‘What is it that I have overlooked?’ and ‘What ways and strategies can I use to get what we want as women and which is our right.”