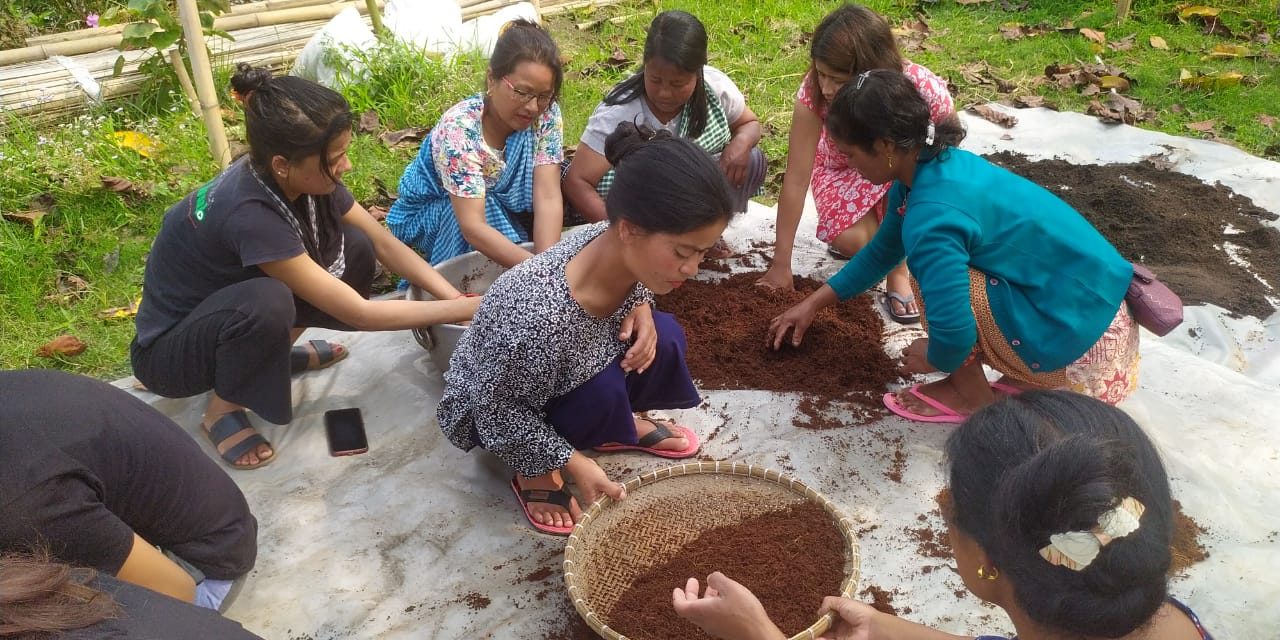 Women play a crucial role in ensuring the sustainability of rural households and communities in North East India.They make significant contributions to agricultural production, food security and nutrition, land and natural resource management, and building climate resilience. Despite the significant role they play, they still lack recognition as farmers, face structural barriers related to land ownership, access to resources and markets, which are associated with high levels of gender discrimination and gender-based violence. Women do most of the manual labour and are disproportionately involved in animal husbandry activities however; their work in agricultural and other allied activities are seen as synonymous to domestic work, which again is accounted as unpaid work.

With the pandemic, we have witnessed a huge impact on the farming community, despite the fact that they are the ones with sufficient food supply during the crisis. Existing inequalities were deepened with the outburst of the pandemic and has only doubled women’s already depreciating status in the society that has contributed to inadequate access to infrastructure, resources and unequal opportunities. In Meghalaya, about 80% of the population lives in rural areas and of the total State population, women make up to 49.72% (2011 Census)[1]who are mainly involved in agricultural and other allied activities. Supporting and recognizing women’s contribution to household survival and food security is vital.

With this in mind, NEN organized a 3 day (16-18 March, 2021) intensive training and exposure of 12 women farmers from East Khasi Hills, West Khasi Hills and Ri- Bhoi Districts of Meghalaya to Pabhoi Greens-Assam, which is an agro-based organisation whose vision is to safeguard indigenous seeds. The training aimed at enhancing farmers’ already existing skills and knowledge on agricultural practices and gaining cross learning experience through exposure. The training adopted an eco friendly approach to farming and entailed learning of concepts on seed germination, vermin composting, cutting, grafting and layering, organic bio pesticide making, urban gardening and apiculture. It also included a trip to a tea estate (Pabhoi Tea Estate) that aimed at imparting knowledge on the entire process of manufacturing tea leaves before it is sold in the market. The exposure to Pabhoi invigorated and encouraged these women farmers to adopt some of the practices learnt and initiate its execution within their own villages while simultaneously imparting the knowledge to others. 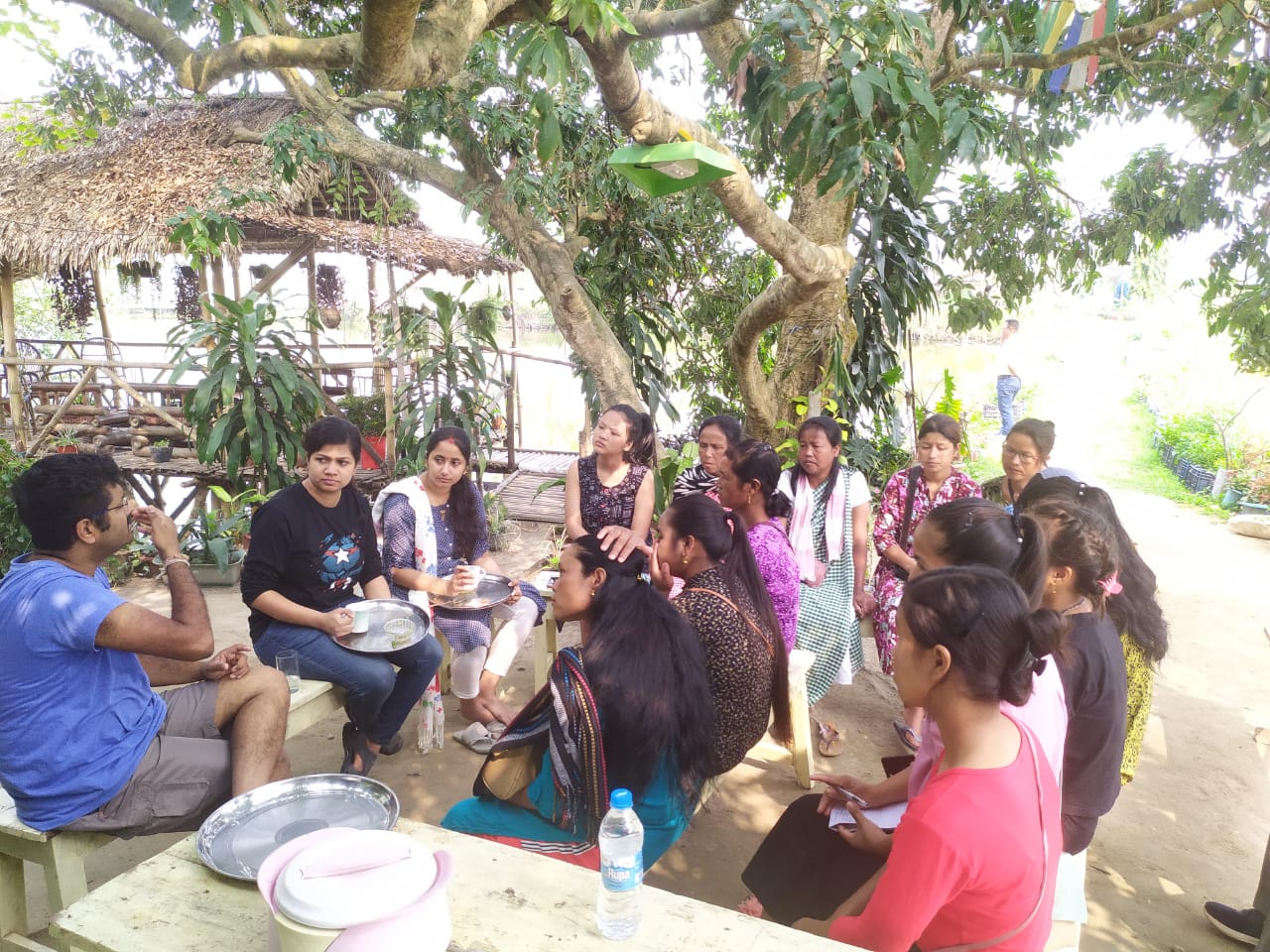 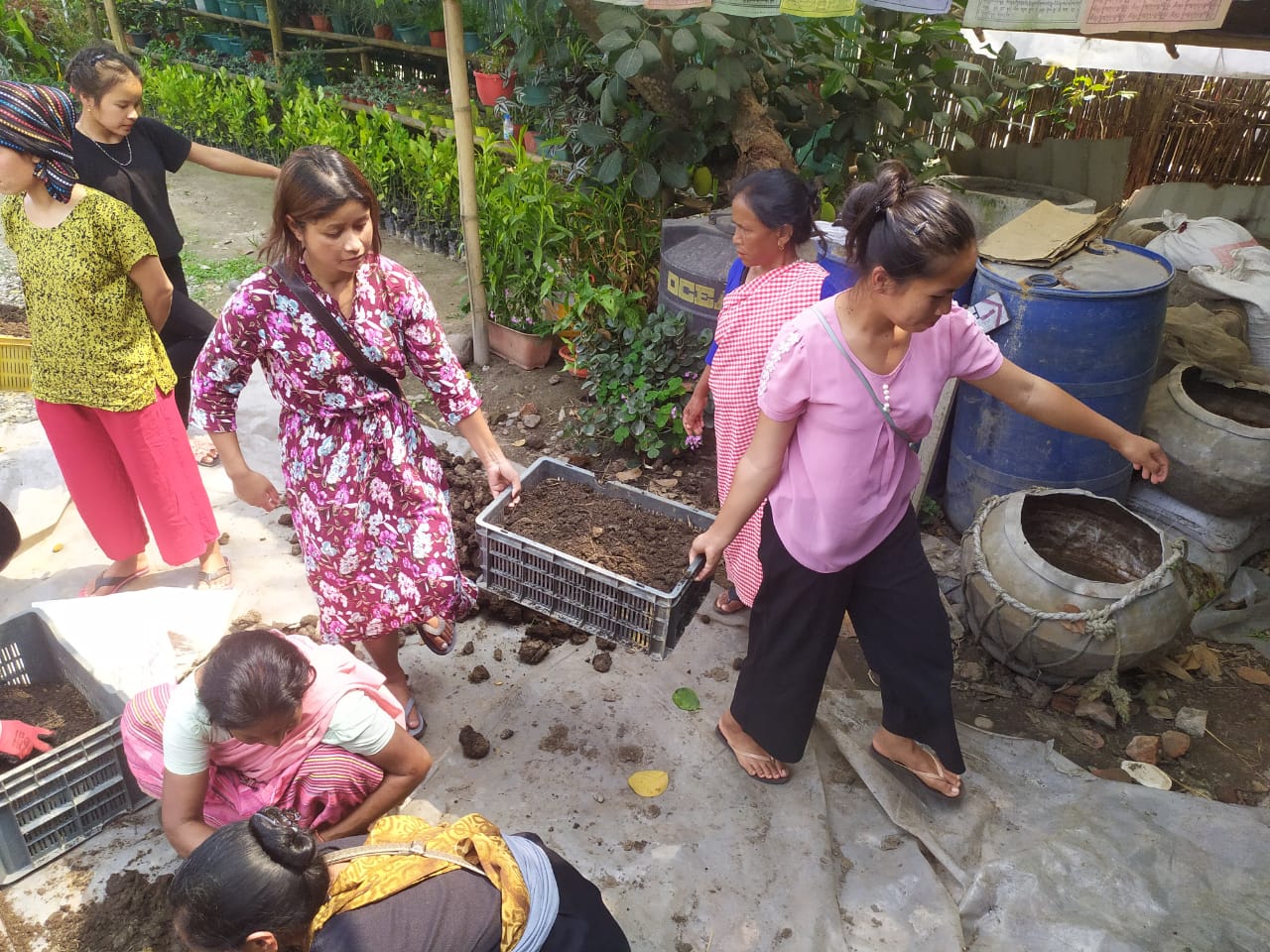 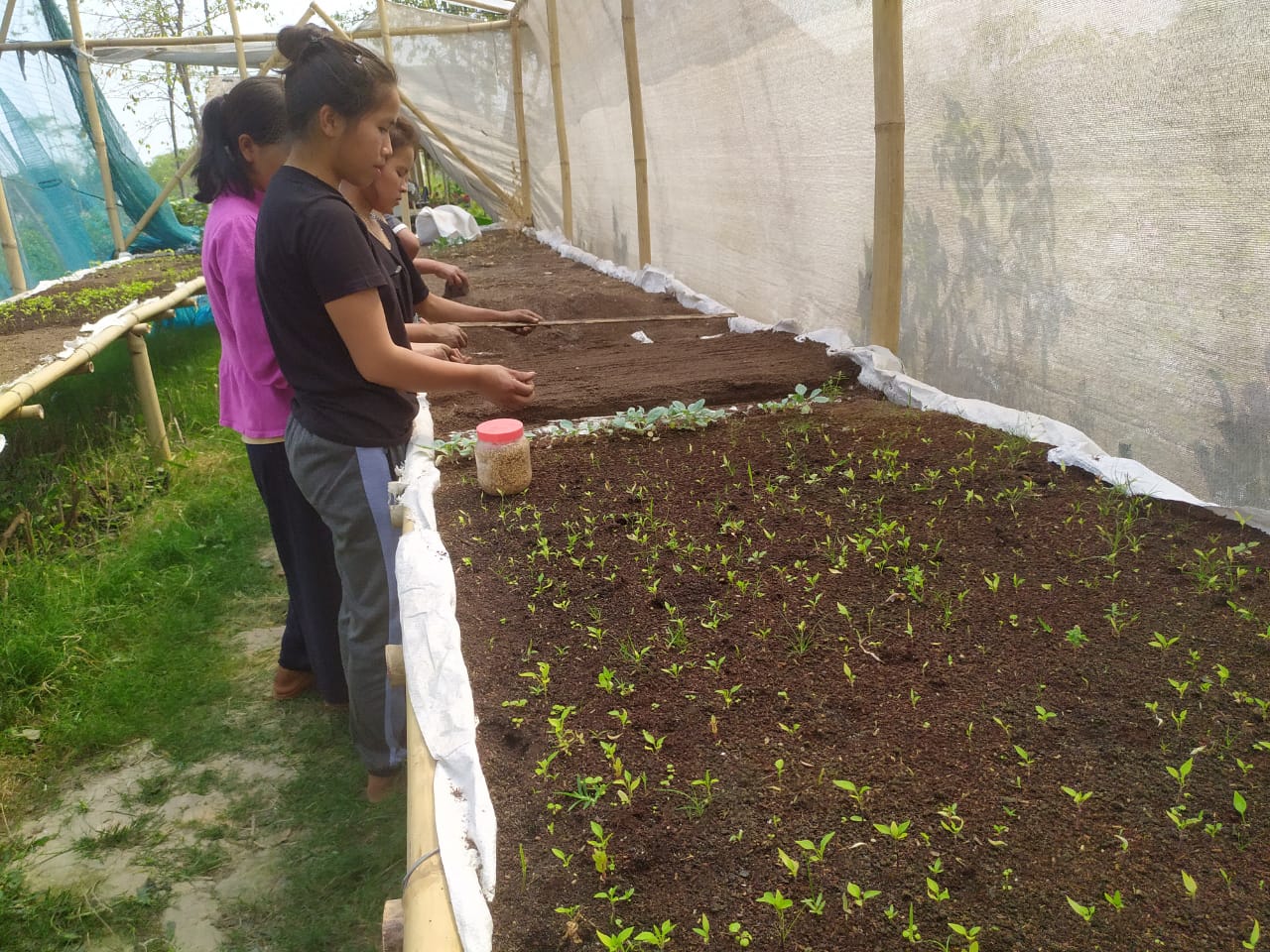 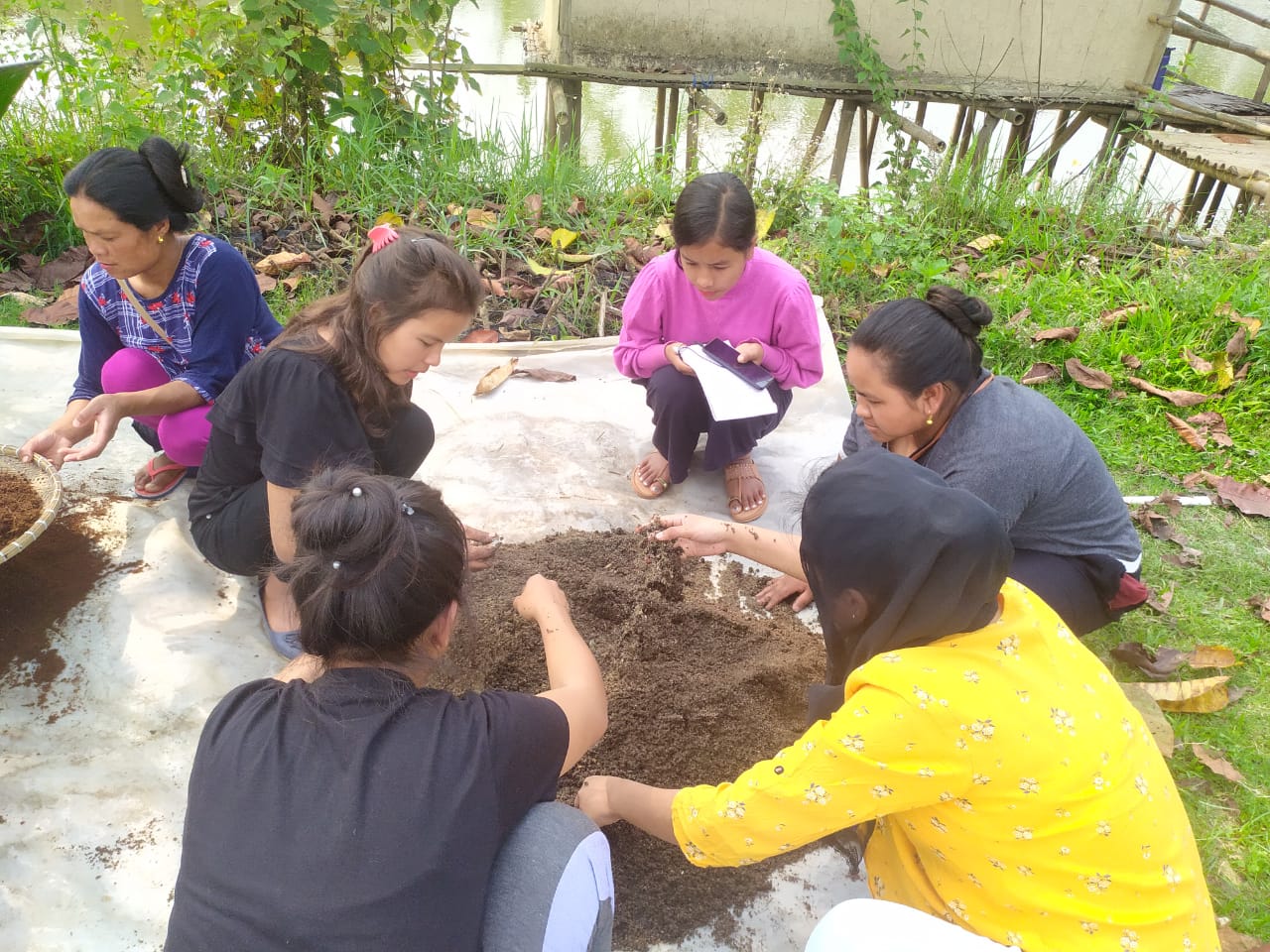