The Dilemma of the Migrant Domestic Worker 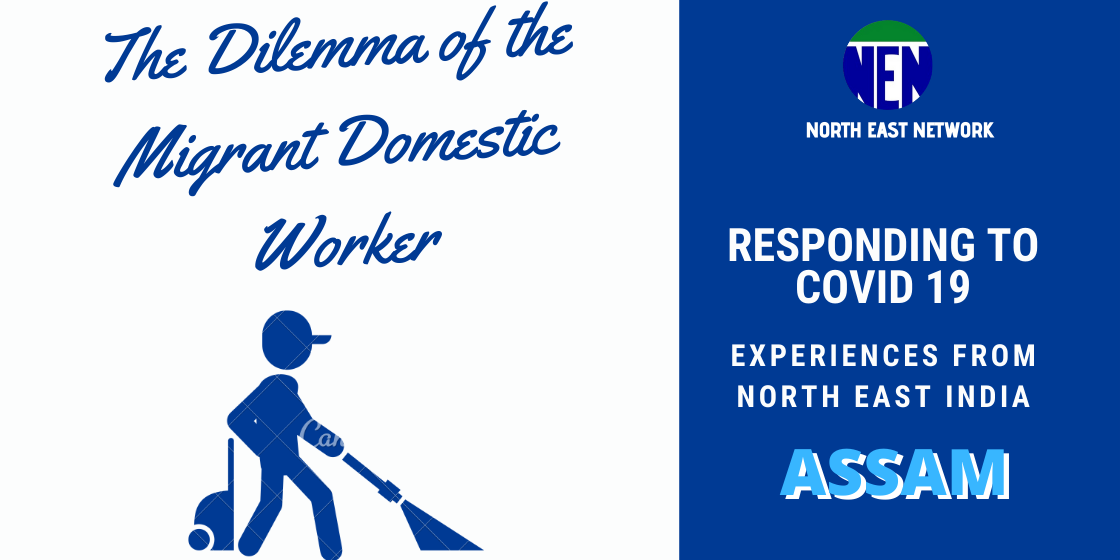 Rekha (name changed) is a domestic worker from Sidli in Chirang District of Assam. She lives and works in Guwahati. With the fourth phase of lockdown due to the COVID 19 Pandemic having eased certain restrictions, she returned to the city on the 18th of May. She had hoped to resume working in the households she had previously worked in. However, her own shelter became precarious as the owner of the house that she was renting asked her to vacate immediately. They feared the spread of the virus as she had arrived from a different place by public transport.

With no work and no place to live, she wanted to return to her village the very next day but now the villagers turned hostile. They cited the same reason and would not accept her for fear of contamination. She was trapped. Feeling helpless and fast running out of options for a safe space she called an acquaintance sho, in turn, contacted North East Network for help.

Anurita from our team in Assam immediately called 181, the Women’s helpline number. She also contacted the Director and Deputy Director of the Social Welfare Department and mobilized intervention at the earliest. They assured us that Rekha could take shelter in One Stop Centre, NEVARD, Guwahati.

As she was asymptomatic, the Police initially escorted her back to her rented accommodation. However, there is only so much the law can enforce. The constant mental harassment by the house owners due to their own panic of safeguarding their health was too much for Rekha to take. The next day, she was taken for screening by the staff of 181 Helpline for Women and cleared of all doubts of infection. But she did not want to go back to her house, neither did she want to live in a State provided shelter as she herself feared the rumours about quarantine. She finally decided to go and stay in a relative’s house in Boko near Guwahati. The person known to her helped her with some money for the journey.

Vulnerable women are facing such challenges of shelter and loss of livelihood every day. Two months into the Lockdown, they are being driven to desperation to get back to work. The irrational fear of individuals and communities is aggravating the situation. Our responses must be a combination of relief measures and better awareness of the disease.