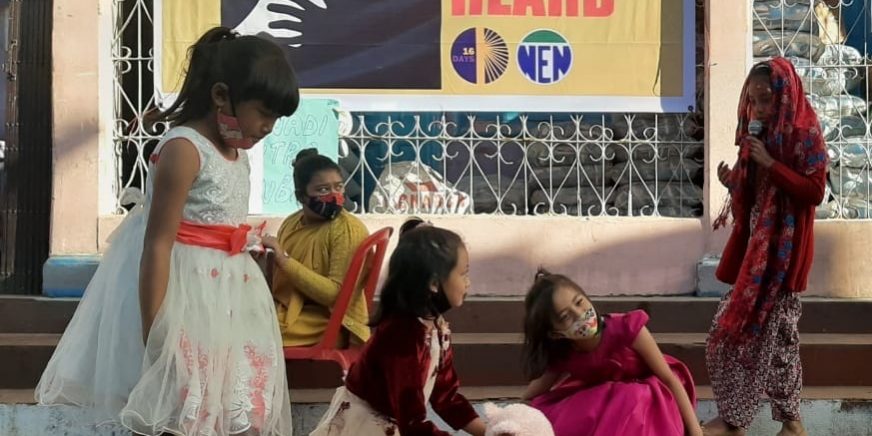 Socially relevant plays have immense social impact, and it is precisely for this reason that, with the objective of reaching out to a larger audience and sensitizing them on the issue of Domestic Violence, North East Network organised a street play in Paltan Bazaar area, Shillong in collaboration with the Aganwadi workers. 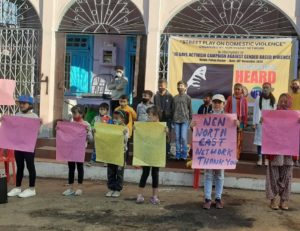 Local children enacted the streetplay in different characters that received thunderous applause from the gathered crowd. It was aimed at spreading awareness about Domestic violence in the area and the steps that one can take in case they come across/ find themselves in such situations. Many cases are not reported from the area despite the fact that incidences of domestic violence are rampant. The street play portrayed scenes that are a reality to many women and children in their day-to-day life. Placards with strong messages on Domestic Violence were also displayed. 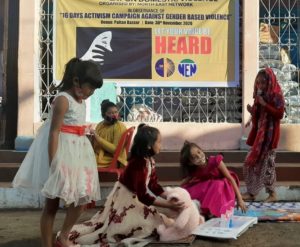 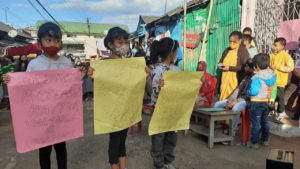 Amidst the pandemic, worldwide, we witnessed an increase in crimes against women particularly Domestic Violence. With the lockdown in place, women are trapped within the four walls with their abusers. As an organization, between March to August 2020 we registered about 66 DV cases and service providers under the Protection of Women from Domestic Violence Act, 2005 reported a threefold increase in violence against women during the pandemic. 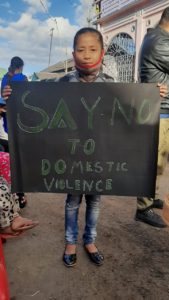 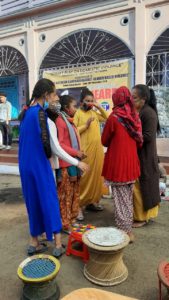