Speak up and Act on Sexual Violence and Impunity 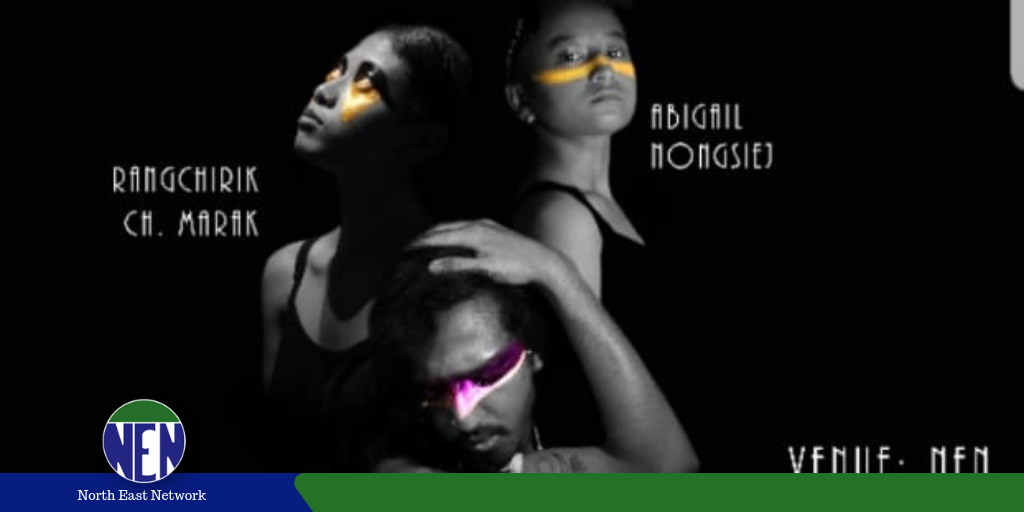 Young Artists render the pain of suffering abuse through Theatre

North East Network Shillong, had the pleasure of hosting a powerful performance on the harrowing experience that victims of sexual abuse go through and the consequences of society’s judgement on them. This was brought to us by Zubaan, co-creators of the Performance through their Projects Stepping Stones as Body of evidence that works ‘through creative forms such as theatre, art and poetry, in order to create the social space for what they hope will be open, transformative dialogues with youth on understanding structures of violence, particularly sexual violence and impunity.’

Held at our Resource centre, the artists believe that this is their ‘individual’ and collective response’ to the issue. The Act, all in all, is a three-part performance. Abigail Nongsiej uses poetry to express how judgement and even social norms can be forms of abuse. Our definitions of decent clothing, for example, give perpetrators the licence to objectify bodies and while victims are ridden with shame and guilt. Through her words, she holds society accountable for legitimising abuse through normative standards that have no logical basis.

Rangchirik Marak is a body artist who chooses to exhibit the long and arduous journey that a victim of sexual violence must undergo to become a survivor. Her character moves from self-loathing to acceptance to continuous failed attempts to cope until she finally does. The piece raises important issues like lack of a support system for sexual abuse victims, their lonely journey to deal with abuse and whether a society that punishes victims instead of culprits is one worth endorsing.

Finally, Clyde Thangkiew, uses dance to bring the audience’s attention to a category of victims that are drowned in society toxic masculine narratives- male victims of sexual abuse. He demonstrates how men, unlike women who are penalized for being victims, are ridiculed for the inability to protect themselves and thus shut down and condemned to live in denial. In many cases, however, the pain catches up and this extreme suppression of emotions, hurt and anger leads to self-destruction and suicide.

Lapdiang Syiem brings these budding artists together in a heart-wrenching display of social injustice and latent acceptance of a heinous evil like sexual violence and abuse. Post the performance, she initiated a dialogue by sharing Zubaan’s findings and storied from their sexual violence and impunity project that led to the subsequent projects of which this particular series of performances emerged.

A very engaging conversation ensued led by Mary Therese Kurkalang, a renowned artist and art curator from the North East and Joy Syiem, State Director, North East Network Shillong. Ms Kukalang shared her personal experience of abuse and points out that the most protected culprits of sexual exploitation are family members due to the fear of spoiling relationships. Ms Syiem added that this is more acute in Meghalaya due to the perception that matrilineal societies are rid of any form of gender-based violence. Many among the audience including our outreach workers that deal with such victims in their everyday lives, shared their experiences and the event concluded with each rethinking definitions of abuse and the complexity of procuring justice.

NEN acknowledges the brilliantly talented performers as well as Zubaan for having pioneered this Act and facilitated its journey in Shillong.