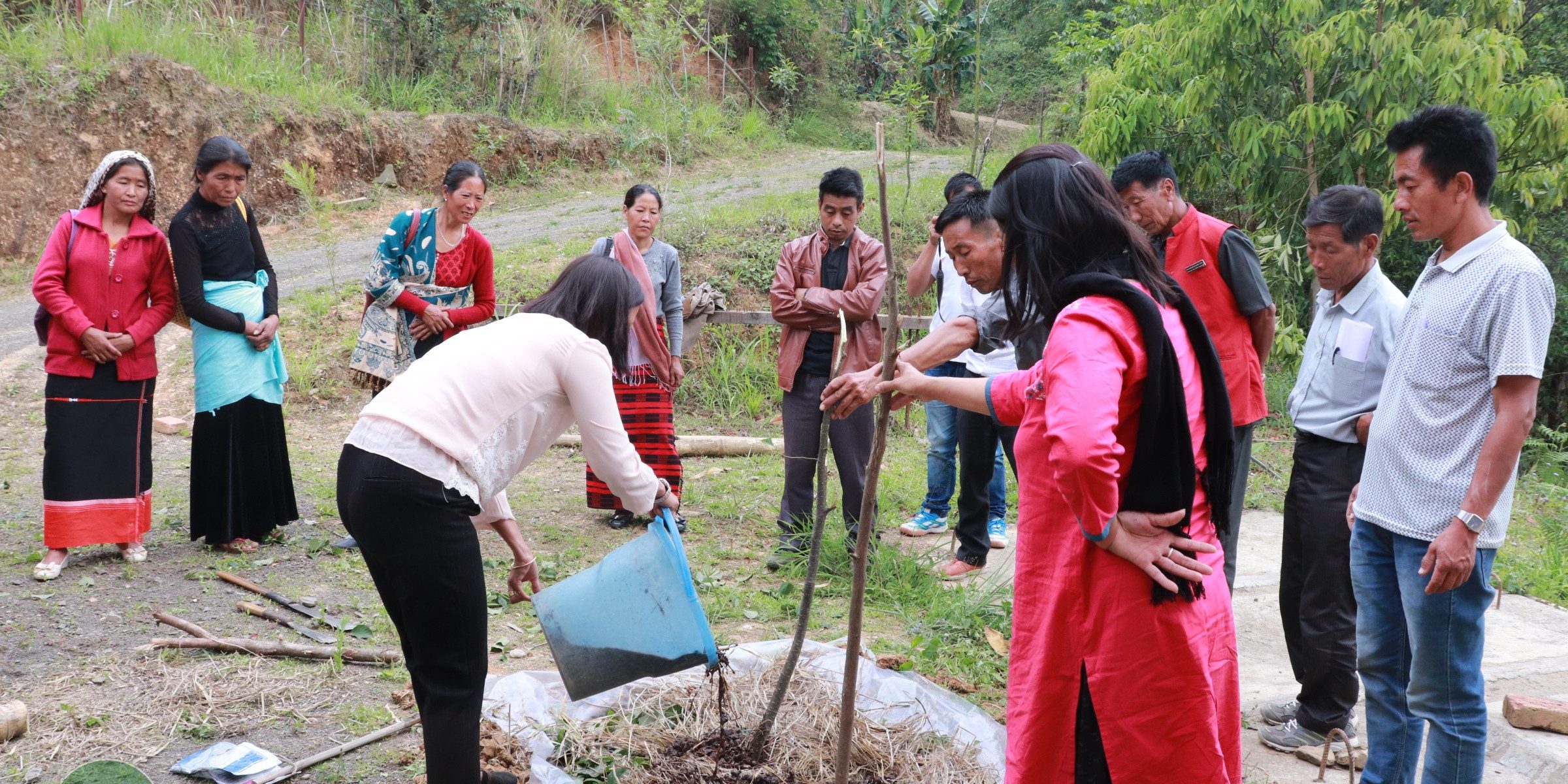 North East Network organized a One-day workshop on Seeds and Soil Health in collaboration with KVK- ICAR, Porba on 9th May 2019 at the NEN Resource Centre Chizami, Phek, Nagaland. 16 Farmers and Community leaders participated in the workshop from three neighboring villages in the District.

The workshop was facilitated by Dr. Esther Longkumer, Senior Specialist, KVK-ICAR, Porba, and Ms. Wekowe-u Tsuhah, Programme Director at North East Network. Dr. Esther explained the need to conserve soil through proper soil management practices. The session included awareness building on the type of soils (in the context of Phek district) with farmers to promote better management of soil, introduction to various methods of organic composting to increase the fertility of the soil and the method of crop rotation to maintain the sustainability of the soil. The session also included one demonstration of composting – Enriched Composting, where Dr. Esther gave a hands on training for the participants. She concluded with the message “Feed the soil and the soil will feed you”

Ms. Wekowe-u Tsuhah spoke on Indigenous Food & Farming Systems, where she emphasized on the need for the Indigenous Communities to safeguard their natural resources from the exploitation of external agencies. She said that many communities have lost their ethnicity, culture, and resources to the advancements of Multi- National Companies that has left the communities deprived of their own resources.

This session began with an interaction with the participants who were posed with two questions:

“What has changed in local food and farming system from the last 30 years?”

“Why do you think that have change?”

She further argued the ill effects of mono cropping and the introduction of foreign species, which poses a major threat to the biodiversity of the region and that there was a need for the community to be more cautious of different agencies promising high returns at the cost of damaging the environment and the unique diversity of the region.