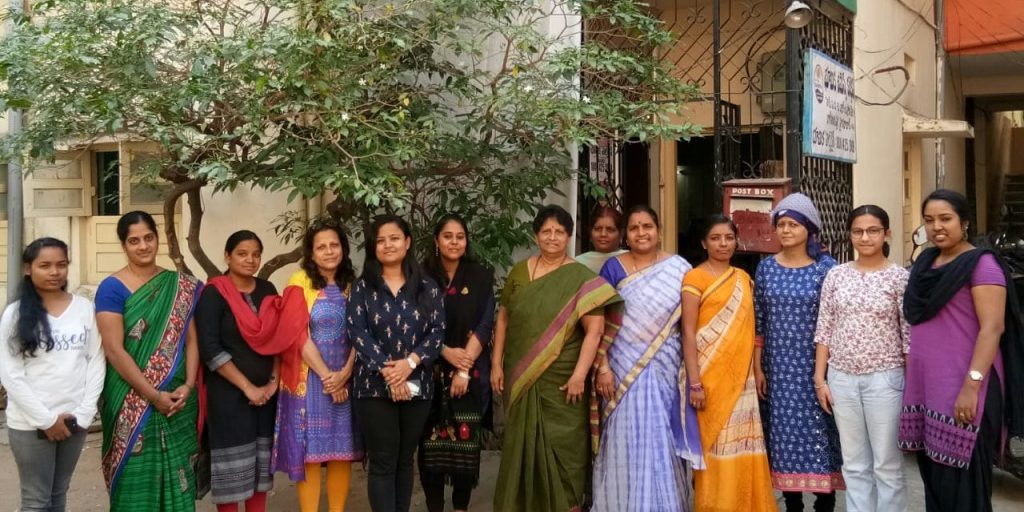 In an effort to learn from and share experiences form the work field, a five member team from NEN visited Bhumika, a women’s collective based in Hyderabad. Bhumika focuses on all women’s issues including domestic violence to promote violence-free lives for women in Telangana and Andhra Pradesh. During the two day exposure Trip, NEN team members were taken to Bhumika’s Support Centre at Saroornagar Women’s Police Station, which has a counselling center. This center takes up family cases which are referred by the Women’s Police Station members which take up cases at the district level. The NEN team had an interaction with Bhumika’s team at the support centre on how they deal with the cases of violence against women and the challenges they face. The team also had an interaction with Kondaveethi Satyavati, the Chief Functionary of Bhumika.
The exposure trip was very productive and motivating for the NEN Team.