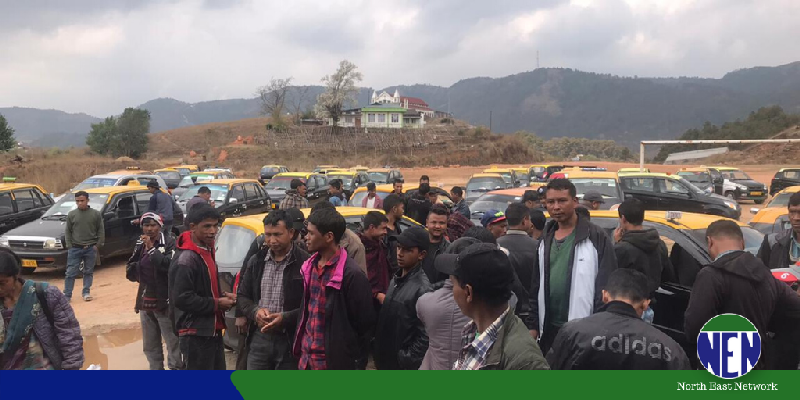 Women across the world, regardless of income, age or education, are subject to physical, sexual, psychological and economic violence. Worldwide, 35 % of women have experienced physical and/or sexual violence by an intimate partner or sexual violence by a non-partner at some point in their lives. Evidence also suggests that children are more likely to experience certain forms of violence at different ages.

Preventing and responding to violence is an important part of NEN’s work, particularly in the areas of policy advocacy, community activism, knowledge building/training, action-oriented research & documentation. To capitalize on this, North East Network has been conducting community programmes on building collective response to combat violence against women and children. NEN has been building support systems for women within communities in order to address and mitigate VAW and children.

An awareness program on Violence against Women and Children with the Markasa/Nongkasen Local Taxi Driver-Owner Association in Nongkasen was held on the 5th of March 2020 to strengthen community response. Our objectives were to raise awareness on violence against women and children and to enable the taxi drivers to identify situations that can amount to violence in their personal and professional lives.

We invited Mr B. Chyne, Protection Officer from the Child Welfare Committee, Nongstoin, to lead the discussion on the Protection of Children from Sexual Offences Act, 2012, Child Labour (Prohibition and Regulation) Act, 1986, and the Juvenile Justice (Care & Protection of Children) Act. The programme acted as a platform for the men to gain awareness of the different laws on violence against children, and to clarify any doubts and confusions relating to the issue. Mr Chyne also portrayed the necessity to identify situations that can lead to violence and to voice out for the victims of violence.

A total of 62 Taxi Drivers participated in the programme.