“Crime Against Women and Girls”- Collaboration with Meghalaya Police 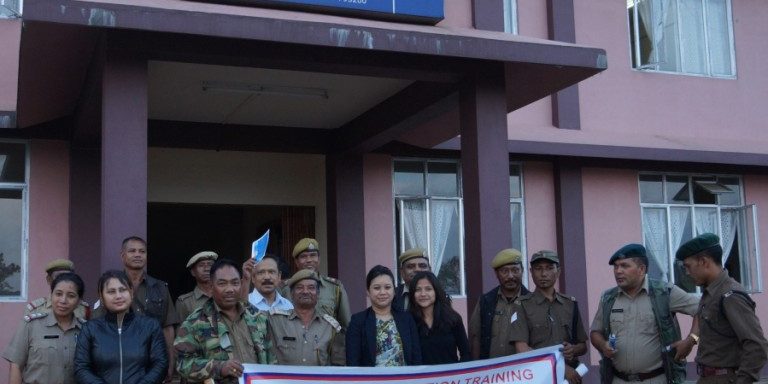 NEN, Meghalaya, has been consistently working with the Meghalaya Police in sensitizing police personnel as well reaching out to different communities on violence against women, gender related issues and their role in responding to VAW. One of the concrete outcomes from this engagement is that the Meghalaya Police have accepted our proposal to conduct gender sensitization trainings at district levels.
1. A community awareness programme was organized in Moodap, Nartiang, by NEN on the 23rd of June, 2017, in collaboration with the West Jaintia Hills District Police on “Crime Against Women and Girls”. The number of participants was 93 (48 men, 45 women ), which constituted of district police personnel, members of the village council and community members which included – church leaders, school teachers, students and women’s group and the discussions were centred around situational analysis of VAW.
2. NEN has conducted the 2nd district training (the first being police personnel of East Khasi Hills district), for police personnel of East Jaintia Hills District which was held on 22nd and 23rd June, 2017. There were a total of 49 participants (6 female). Through the training, the participants were capacitated with an understanding of VAW and Gender, thus enabling them to apply it in their day-to-day domain.
3. A community awareness programme was organised in Raliang village by West Jaintia Hills District Police in collaboration with NEN on 4th July, 2017, on “Crime against Women and Girls”. The total of 24 participants discussed on domestic violence, teenage pregnancy and gaps between the police and the community, legal remedies and existing services to deal with different forms of violence.