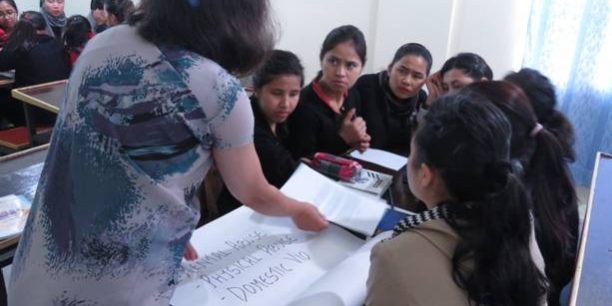 NEN with an objective of building capacities of health professionals on the issue of violence against women, its health implications and the legal and ethical role that they must play in responding to the same, organized one day training for student nurses in Woodland Institute of Nursing and in KJP School of Nursing on:

The training with an aim to develop necessary awareness and abilities to perform a catalytic role as facilitators of change trained 115 student nurses. on topics of: Gender & Power Relations; Violence against Women as a Public Health Issue; Health Consequences of VAW; and Basic Counselling Skills.