Assessment of climate change and its impact through Participatory Rural Appraisal (PRA) , Assam

Sessions on climate change and its impact on life and livelihood were conducted through Participatory Rural Appraisal (PRA), with 22 community women at Gramin Mahila Kendra by NEN at  Udalguri district on 9 June 2022, and with 40 women in Dhemaji district on 25 September 2022. “Problem Tree” was used as a tool to identify the current issues, cause and effect relationship of the problems. Key findings of the exercise were that due to flood, heavy rain, heat, air pollution, hailstorm, etc. most of the paddy fields, crops, vegetables and trees were damaged. People fell sick, houses were damaged, and without fertilizer the soil became less productive, bearing lesser fruit. Women from Udalguri had shared that the monkeys were a big menace in the area as they destroy most of the crops that are cultivated. Alternative livelihood options such as fishery, pig farming, endi silk weaving were discussed. A plan to create a seed bank to preserve indigenous vegetable seeds was also discussed. 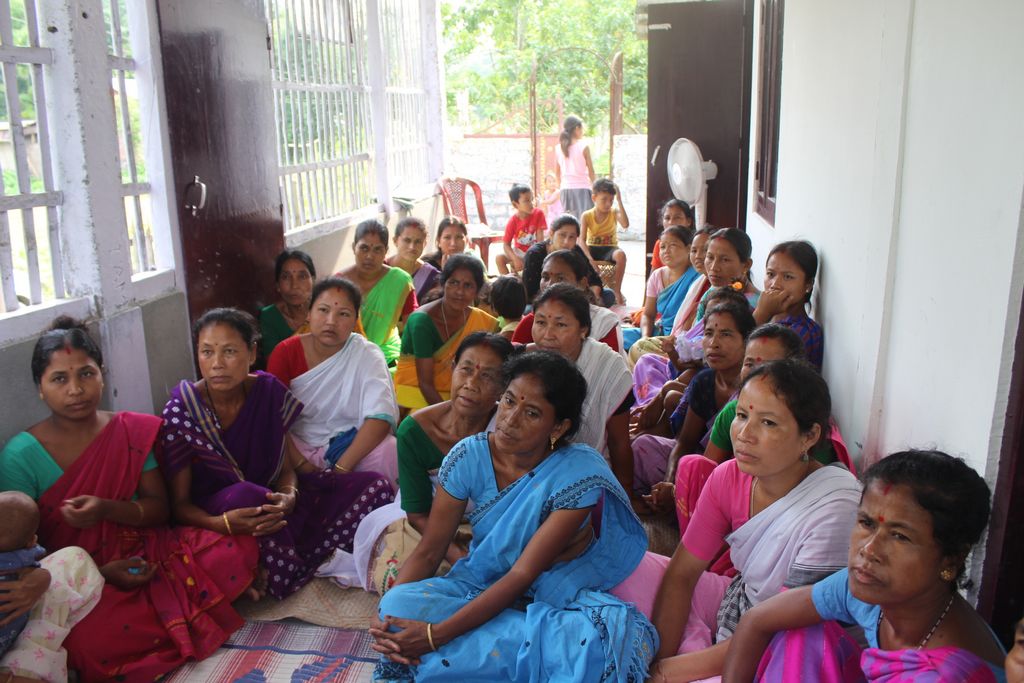